Gusts of dragon fire. Unseemly violence at a lavish wedding. A touch of incest. Is “Game of Thrones” back?

The signs are there, but the spirit is weak. “House of the Dragon,” HBO’s heavily hyped spinoff series, is saddled with respectability. It wants to be taken seriously, or at least not to give undue offense. Through six of the 10 episodes in its first season, which premieres on Sunday, it is “Game of Thrones” as Masterpiece Theater.

Beneath the huge ratings, the Emmy awards and the pop-cultural domination, “Game of Thrones” (2011-19, R.I.P.) was a soap opera — fitted out with expensive sword-and-sorcery upholstery and accessorized with boundary-pushing violence and nudity, but basically a soap opera. The people who made it never forgot the formula. Even as they lost the plot over the final few seasons, they supplied a luxury package of melodrama and spectacle that many found addictive.

“House of the Dragon,” set in the mythical world of George R.R. Martin’s fantasy novels nearly 200 years before the action of “Game of Thrones” (its source is his 2018 prequel novel “Fire & Blood”), is also a blend of soap opera and British-accented medieval fantasy, but the juice has been squeezed out of it. If you’re looking for a sober treatise on duty to kingdom and family and the mechanics of primogeniture — something more like “Game of Thrones” in its first season, before it leaned into the spectacle and the budgets got astronomical — you’re in luck. You may be less sanguine, though, when that’s still what you’re getting more than halfway into the season.

HBO’s per-episode expenditure on “House of the Dragon” was reportedly even greater than that of the final season of “Game of Thrones,” but you wouldn’t know it to look at the screen. Dragons are more abundant in this earlier time period, but they feel more obviously computer-generated and less terrifying (in review screeners, at least). Cityscapes and isolated castles feel less grand, battle scenes less vivid. This may reflect a conscious decision to refocus and make a story on a different scale, but the comparisons are inevitable and unfavorable. Even Ramin Djawadi’s opening theme music feels familiar but cut down to size, as if the “Game of Thrones” theme started skipping after a few bars.

Return to Westeros in ‘House of the Dragon’

HBO’s long-awaited “Game of Thrones” spinoff will debut on Aug. 21.

Some of the more problematic aspects of “Thrones” have been reined in as well, probably at least in part because of the difference between premiering in 2011 and premiering in 2022. Sex and graphic violence are not as abundant in “House of the Dragon,” and they happen less as a matter of course; the nudity, especially, tends to be more stage managed and self-consciously tasteful, popping up like a diorama in a natural-history museum.

The prequel is set in a time when dragons were more plentiful.Credit…HBO

Martin created “House of the Dragon” with Ryan Condal, whose only previous series was the USA Network alien-invasion show “Colony,” which he created with Carlton Cuse. For a basic-cable sci-fi drama, “Colony” took more trouble than usual in setting up and detailing its premise of life under occupation, and there’s a similar impulse at work in this new series.

Set in what is, at least initially, a relatively peaceful interregnum in Martin’s epic story, the show is firmly focused on palace intrigue; it’s a bit like HBO’s current big hit, “Succession,” with dragons instead of helicopters. The white-haired Targaryens hold the Iron Throne, but their messy family structure complicates their efforts to keep it. The king’s oldest child is a girl, Rhaenyra (Milly Alcock, replaced midseason by Emma D’Arcy), and while we can see that she’s well qualified to succeed him, her gender means that she will have to fight off challenges from every side: her debauched uncle, Daemon (Matt Smith); the children of her friend turned rival, Alicent (Emily Carey, later Olivia Cooke); and enemies outside the family.

As an exploration of the social contract in a decadent monarchy and an allegory for a grab bag of modern ills, including patriarchal sexism and the corrosive effect of weapons of mass destruction, “House of the Dragon” is reasonably smart and well put together. The anger of Rhaenyra and other female characters at the practical and sometimes violently physical price they pay for being women is presented in believable and often moving ways. (The overriding theme of royal succession is illustrated with three agonizing scenes of childbirth in just six episodes.)

That seriousness of purpose doesn’t translate into engaging drama, however. There’s a lot of sitting around tables and talking about the troubles of the kingdom, which would be fine in moderation. But the characters are flat, stamped out on Martin’s production line of medieval fantasy types. And when the show ventures into the field for battle or romance, the filmmaking feels rote as well, but without the overlay of zippy special effects that “Game of Thrones” offered. (One exception: a jousting tournament in which the collisions have an authentic force that will throw you back in your seat.)

Some excellent actors are given little, or little of interest, to do, including Eve Best as the king’s cousin and rival and Rhys Ifans as his adviser, the Hand of the King. (If you come to the show through the books and your primary motivation is love of Martin’s nomenclature and historical topography, you’ll be more than fine.) The performances overall hit a note of bland competence — there’s neither the entertaining hamminess nor the startling ineptitude that you often got in “Game of Thrones.”

One exception may be D’Arcy, who’s sharp as the adult Rhaenyra in the limited time the character appears in the review episodes. And another exception, and the best reason for watching the show, is definitely Paddy Considine as the king, Viserys. Considine perfectly captures the compassion, jealousy and hesitance of a character whose actual and perceived weaknesses underlie every move of the plot. Whenever he’s center stage, the mock-Shakespearean theatrics of Martin’s fantasy morph into actual drama.

Mohammed Amer Is a Salad Bowl 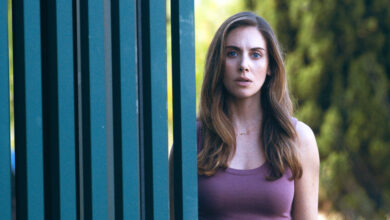 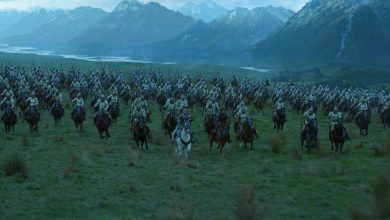 ‘The Lord of the Rings: The Rings of Power,’ Season 1, Episode 6: Doom 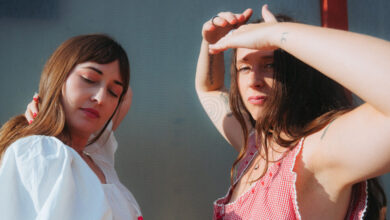 Katie Crutchfield and Jess Williamson Embrace Their Roots, as Plains 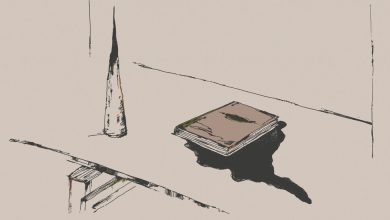