Since “Queen Sugar” debuted on the Oprah Winfrey Network in September 2016, it has been lauded for its intricate, intimate portrayal of Black Southern life, told through the prism of one family — the Bordelons — and their struggle to preserve their land and legacy in the fictional St. Josephine Parish in Louisiana.

Based on the book by Natalie Baszile, and created by Ava DuVernay, the series began with the sudden death of Ernest Bordelon (Glynn Turman) and the ensuing battle over the fate of the family farm. Left to mourn his loss and fend off the Landrys, a neighboring white family that has tried to buy, seize or steal the land from Bordelons for several generations, are Ernest’s three children: the firebrand activist and writer Nova (Rutina Wesley); the ambitious entrepreneur turned elected official Charley (Dawn-Lyen Gardner); and the sensitive son, Ralph Angel (Kofi Siriboe), who was formerly incarcerated and is now a fervent leader of a farmers’ co-op.

Though it was DuVernay’s first foray into television, her distinctive style and political insights shaped the series from the beginning. She directed three episodes, including the pilot and series finale, and decided early on to hire only women directors, working ultimately with 42 over the show’s 88 episodes. “Why did we do this? Because we can,” DuVernay explained in a speech at the 2018 Gloria Awards. “Because we can create spaces that nourish in our own image, in the same way that our male counterparts have created in their own image for over a century.”

In a video interview ahead of the seventh and final season of “Queen Sugar,” which begins on Tuesday, DuVernay, Wesley and Paul Garnes, an executive producer, talked about how the theme of family reverberated throughout all aspects of the show and why they decided to lean into the reality of Covid and the racial protests of 2020 in their story lines. These are edited excerpts from the conversation. 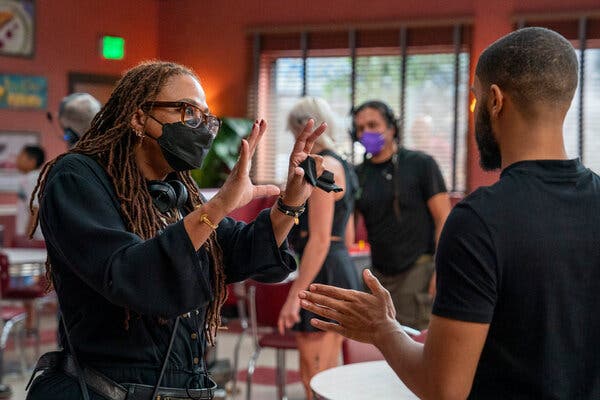 DuVernay directing the series finale. “So much has happened for me as a filmmaker since the start of ‘Queen Sugar,’” she said.Credit…Skip Bolen/Warner Bros.

How would you define the legacy of “Queen Sugar”?

RUTINA WESLEY When I think of legacy, I think of the power of family to heal and to mend things. We showed that with how the Bordelons interacted: The fights we had and the love we had for each other was really powerful. We were able to showcase those relationships, the ones we sometimes forget about and actually need to better ourselves. It was really beautiful, and it is something that viewers should take away from our show.

AVA DUVERNAY We wanted to assert the idea of the American family as Black, as powerfully and as authentically as possible, and to put a Black family in the canon of American family dramas. From “The Waltons” to “Thirtysomething” to “The Sopranos” — all are dramas around family but never Black ones. If you’re going to see a Black family on television, it’s going to have comedic overtones or it’s going to be something historical. So in the writers’ room, we always talked about the idea of contemporary Black family and “Queen Sugar” as a time capsule for Black people at this time.

The upwardly mobile, the educated, the formerly incarcerated, the abused, the assaulter, the assaulted — those characters were all in there, and it was designed that way so that this Black family could be a microcosm of the Black family writ large. I hoped that it would have sparked more shows about the Black family, but the fact that we don’t see a bunch of others illustrates the challenge in breaking into that sacred space of the American family drama. The fact that we were able to stay there for seven seasons, say the things we wanted to say and leave on our own terms is a real testament to Ms. Winfrey and OWN.

It is also one of the few series set in the rural South. The land has always been important to this show.

PAUL GARNES It was never lost on our mainly African American crew and the cast that this was land that enslaved people toiled on. That foreboding reality was there for us and also very triumphant — we would say things like, “They never would’ve imagined that we would be here doing this.” The land has been a character that tied us to the South, and was important to the way the show was written. Having actors doing scenes in front of 120-year-old oak trees, in the shadow of housing that enslaved people once lived in, influenced the storytelling and the visuals of the show.

“Nova was a godsend,” Wesley said of her character. “I loved never knowing where she was going to go; to have that freedom is really rare.”Credit…Erik Carter for The New York Times

Speaking of the South, Rutina, you last big role was Tara from “True Blood,” also set in Louisiana. How did that experience influence your approach to Nova?

WESLEY Tara was my first big role, and I loved playing her, but seeing myself on “Queen Sugar” was like a different world for me. The first time I watched our first episode, I wept because I was like, Oh my gosh. That’s how beautiful I look? That’s my skin? I realized that maybe people didn’t know how to light me on that other show. As a Black actress, I’ve gotten a lot of roles or auditioned for things that are very one-note. But Nova was a godsend. I loved never knowing where she was going to go; to have that freedom is really rare.

Ava, Nova is a writer and an activist. Is she the character most similar to you?

DUVERNAY After seven seasons and hearing feedback from my family, I’m apparently writing about us. Aunt Vi is just a straight pattern after my mother. Nova and Charley, they’re both me. Ralph Angel is my brothers — the things that I fear for them and the things about them that I care about so much. The idea of Ernest and how he loomed so large over the whole series — I don’t know if that would’ve been as present if it hadn’t been for my own father passing in Season 1 and the way that our family could not get over it. It changed us, forever. We still talk about it, and we still say his name constantly, and the Bordelons do that for Ernest. None of that was in the original plan for the show.

My father came to see me direct our first few episodes, so the last time I saw him on his feet was on the set of “Queen Sugar.” The next time I saw him, he was in the hospital, and two days later, he had passed on.

I flew from Los Angeles to Alabama, where he was and where the family was. And every single member of this brand-new cast — I did not really know them, we had only shot two episodes — came to my father’s funeral. That’s a moment that I am grateful for, and it speaks to that familial environment that we cultivated on the show and tried to reflect in the stories.

I was struck by your emphasis on being a “contemporary” Black family drama. Many shows avoided dealing with Covid or the racial protests of 2020 — why did you all decide to focus on those issues last season?

GARNES It was just like, how do we come back and tell the same story? George Floyd had happened, the world had changed, and those things were affecting Black people in a serious way. It became weird to even think about shooting the show that we had already written.

WESLEY It was intense. I remember being like, OK, I can’t really breathe with this mask, but I’m going to figure it out. But as an artist, I loved it because it was very in-real-time. That’s what we were going through.

DUVERNAY In general, it has always been a narrative strategy to make sure that we were dealing with these kind of issues writ large, and then also have interpersonal dynamics that may or may not always connect up to them. So for example, if Micah’s getting pulled over by the police, we’re talking about that all that season and into the next, and it’s going to echo three seasons later. It becomes a part of that character, so it’s not an “issue” anymore. That’s the way that it metabolizes in Black life: Everyone else sees it as an issue, but it’s our life. We’d try to get away from things in the scripts that felt too on-the-nose or like we were preaching. It has to happen inside a character’s bones and then it permeates, touching every character in some way.

“This show helped me grow up and embrace blessings in ways that will reverberate through my whole life,” DuVernay said.Credit…Erik Carter for The New York Times

Ava, you directed the first and last episodes of the show. Is there a way in which the journey of “Queen Sugar” reflects your own as a director?

DUVERNAY I’ve never really thought about it in that way — that made me emotional to even listen to you ask the question. So much has happened for me as a filmmaker since the start of “Queen Sugar.” I remember being on the set of that first one and being like, “I’m just going to make it like an indie film because I don’t really know what we’re doing.” I was afraid it wouldn’t be well received. It wasn’t sexy, there were no laughs, no action — it was just a Black family that ran a farm. But this has gotten into people’s blood streams, people who come up to us around the world to talk about “Queen Sugar.”

Directing the final episode — I’ve never directed that fast, with that many units going at the same time. I needed to get it all in, and the cast, crew, everybody was just like, It’s the last leg of the race; we’re going to do it. So just having the ability and the confidence to do it that way, I’m a different woman from when I started. This show helped me grow up and embrace blessings in ways that will reverberate through my whole life. 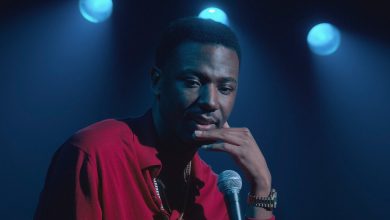 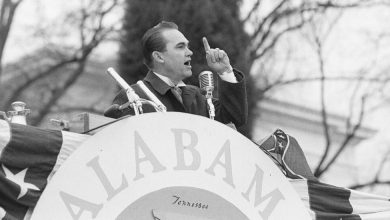 When Freedom Meant the Freedom to Oppress Others 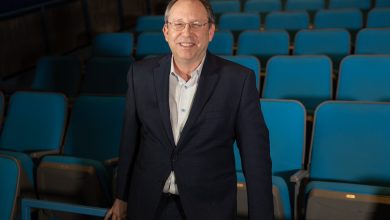 ‘Take Me Out’ to Return to Broadway This Fall