LONDON — The last time Britain suffered double-digit inflation, in 1982, Margaret Thatcher was prime minister, the nation was about to go to war with Argentina over the Falkland Islands, nurses and miners went on strike, and Prince William was born to Prince Charles and his wife, Princess Diana.

This week, Britain is again in upheaval, with an inflation rate of 10.1 percent in July, a looming recession and a Conservative Party in the throes of a rancorous campaign to choose a new leader. If, as expected, Liz Truss is elected next month, she would take power during a period of economic stress comparable to what Thatcher confronted.

And yet the multiple shocks Britain faces — from soaring energy prices because of the war in Ukraine, supply-chain disruptions after the coronavirus pandemic, and the hollowing out of the British labor market by Brexit — seem strangely disconnected from the contest to replace Prime Minister Boris Johnson.

The untethered nature of the campaign is all the more striking because Britain is faring worse economically than its major European neighbors, not to mention the United States. Stagflation, another bleak relic of Thatcher’s early years, seems likely to haunt whoever succeeds Mr. Johnson.

Ms. Truss, the foreign secretary, has stuck to an agenda focused on cutting taxes, which could aggravate rather than help solve those problems. Her goal is to appeal to the affluent, older Conservative Party members who choose the leader — a strategy that has helped her amass a so-far-unassailable lead over her opponent, Rishi Sunak, the former chancellor of the Exchequer. In polls of party members, Ms. Truss has an advantage over Mr. Sunak of between 22 and 38 percentage points.

Liz Truss, the foreign secretary and a Conservative candidate for prime minister, campaigning last week in Cheltenham.Credit…Neil Hall/EPA, via Shutterstock

“The whole campaign has been conducted in this bubble of unreality,” said Tim Bale, a professor of politics at Queen Mary, University of London. He blamed the problem in part on the news media, which he said had failed to pin down the candidates on how they would confront inflation.

“There’s also a degree of fatalism about the crisis,” Mr. Bale added. “It’s put down to external events, and — by some — to the Bank of England’s tardy response.”

The blinkered nature of the debate, analysts say, also reflects the peculiarities of the British political system. Only rank-and-file members of the Conservative Party can vote for the next leader, a constituency estimated at around 160,000 people.

Older, whiter, and wealthier than most Britons, these voters are far less vulnerable to the ravages of a cost-of-living crisis than the broader population. To this rarefied slice of the electorate, Ms. Truss’ promise of tax cuts is more alluring than stark warnings that Britain needs to batten down the hatches before an approaching storm.

Mr. Johnson, for his part, is on vacation in Greece, having skipped the chance to hold a crisis meeting with his would-be successors, as George W. Bush famously did during the presidential campaign in 2008, when he summoned Barack Obama and John McCain to the White House to discuss an emergency plan to confront the financial crisis.

“It is pathetic that we have a government in which the leader is on a paid holiday, while the candidates to succeed him are just talking about pure nonsense,” said Jonathan Portes, a professor of economics and public policy at Kings College London. “The only person who seems to be thinking seriously about this is Gordon Brown.”

Mr. Brown, a former Labour prime minister who led Britain’s response to the 2008 crisis, wrote recently that Mr. Johnson and the two candidates should agree on an emergency budget to cushion the blow of looming fuel price increases. Otherwise, he said, they would risk consigning “millions of vulnerable and blameless children and pensioners to a winter of dire poverty.”

The inflation data, Mr. Portes said, showed that Britain was suffering from the “worst of both worlds.” It has been hit by the soaring fuel prices that have afflicted other European countries. The European Union said on Thursday that inflation in the 19 countries that use the euro rose to a record 8.9 percent in July. But it was lower in France, where the government has capped fuel prices.

Britain also has the acute post-Covid labor market shortages that have plagued the United States, putting pressure on wages. In Britain’s case, those shortages have been aggravated by Brexit, which has reduced the influx of migrant workers from elsewhere in Europe.

Ms. Truss has pledged aid to people who will be hard hit by the next planned increase in household fuel bills, in October, though she has refused to be drawn out on what such a package would look like. She has also raised the prospect of reviewing the anti-inflation mandate of the Bank of England, Britain’s central bank. It has come under fire in recent days for failing to act quickly enough to stem spiraling prices.

Rishi Sunak, the other candidate to lead the Conservative Party, spoke during a campaign event last week in Cheltenham.Credit…Toby Melville/Reuters

The bank recently hiked interest rates sharply, and it is expected to double them again in the next six months. Yet the bank predicts that inflation will keep rising until it peaks at 13.2 percent in October, while it forecasts that a tighter money supply will plunge the economy into a recession that it says will last through 2023.

Mr. Sunak also holds out the promise of lower taxes, though he argues that the government must tame inflation before it passes tax cuts. He has accused his opponent of fairy-tale economics. Ms. Truss counters that swift tax cuts will stimulate commercial activity and offer the surest path out of the economic wilderness.

Economists, however, warn that cutting taxes would further strain Britain’s public services, most notably the National Health Service, which is already frayed after the pandemic.

“It is hard to square the promises that both Ms. Truss and Mr. Sunak are making to cut taxes over the medium term with the absence of any specific measures to cut public spending and a presumed desire to manage the nation’s finances responsibly,” said Carl Emmerson, the deputy director of the Institute for Fiscal Studies, a research organization that just published a report on the government’s deteriorating finances.

On Wednesday, as the new inflation numbers were announced, Ms. Truss was in Belfast, vowing to pass legislation on trade in Northern Ireland that is likely to ignite a new round of post-Brexit tensions with the European Union.

Other than its effect on Northern Ireland, the role of Brexit in Britain’s woes is also largely absent from the campaign. Both candidates are appealing to the Brexiteer wing of the Conservative Party, especially Ms. Truss, who opposed the 2016 referendum to leave the European Union, but now displays the fervor of a convert.

Prime Minister Boris Johnson, left, attempted to talk to a worker who spoke no English, as he helped to pack broccoli during a visit to a farm in southwest England in June. Brexit has caused a hollowing out of the British labor market.Credit…Justin Tallis/Agence France-Presse, via Pool/Afp Via Getty Images

In truth, there is lively debate among economists about how much Britain’s inflation can be blamed on Brexit. Mr. Portes said it was not a key driver but has “increased pressure on the margins” by worsening labor shortages, depressing the value of the pound, and raising the costs of imports, owing to customs paperwork.

Adam Posen, an American economist who once served as an external member of the Bank of England’s Monetary Policy Committee, estimated in May that 80 percent of Britain’s inflation could be blamed on Brexit, mainly because of the loss of European migrant labor. This week, he stood by his aggressive claim.

“Events have sadly played out about how I and others forecast,” Mr. Posen said. 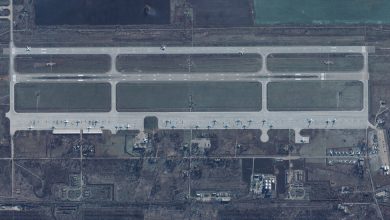 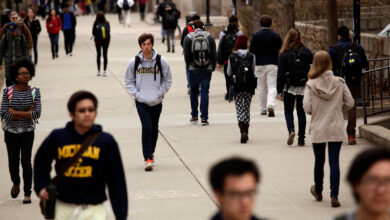 Affirmative Action Was Banned at Two Top Universities. They Say They Need It. 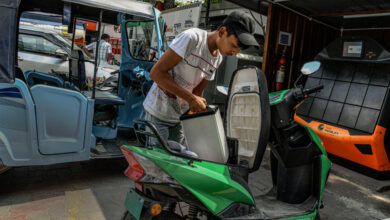 India’s Electric Vehicle Push Is Riding on Mopeds and Rickshaws 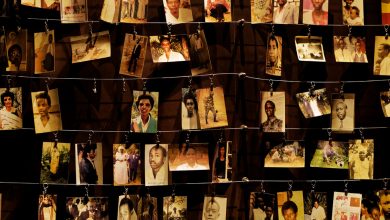