As we say farewell to summer, travelers are surely hoping to say “so long” to the chaos in the skies too.

As a flight attendant who has been on the job for 20 years, I can tell you this season of delays and cancellations hasn’t been a picnic for us either.

Recently, I arrived at a doctor’s appointment with dark under-eye circles, exhausted from a delayed flight the night before. “Huh, I never thought about the flight crew being inconvenienced by delays, too,” my doctor said.

While some travelers get angry with flight crews, the reality is that we don’t like delays either (we often don’t even get paid for them, as I explain below).

My hope is that you will see us as people, too, and that I can share my insider knowledge to make your travels smoother.

Earlier this summer, I shared my tips on surviving a season of cancellations and delays, and answered readers’ questions about flying. I hope I helped you to avoid some stress.

Since your questions kept rolling in, it seemed like fun to answer a few more as Labor Day weekend approaches.

Here are my answers to your latest questions, some of which have been lightly edited for length and clarity.

Does sleeping on the flight help lessen jet lag?

If you are blessed with the ability to sleep on planes, a nap is a wise use of your time on a long flight. On Europe-bound flights from the United States, I eat dinner then try to sleep, although I rarely manage it. When I land, I stay up until bedtime where I am locally. If I can’t keep my eyes open, I take a short power nap, so I can still sleep that night. This should put your body on the correct schedule to wake up the next day rested.

For the reverse route, which is usually a daytime flight, I force myself to stay awake so I’ll sleep as soon as I get home. A short nap on a long flight won’t hurt though, and if your flight is longer than 12 hours, sleep as long as you can.

If traveling alone, should a passenger with an “invisible” medical condition like diabetes inform a flight attendant in case there is a problem during the flight?

If you are solo and aren’t wearing a medical alert bracelet, please let us know. Knowing what could be wrong helps us respond to your needs correctly, faster. For instance, if you are hyperglycemic (high blood sugar), which has similar symptoms to intoxication, we can quickly get you medical attention if we already know you are diabetic and not drunk.

Once, a passenger told me he has frequent seizures and how I should handle them. It was not a full flight, so I was able to move him to the last row by himself, close to my galley. He did actually have several small seizures on the flight, but I was right there and made sure he was safe the whole time.

On the last few flights I took, my rude neighbor in the middle seat used both armrests, spread their legs and was constantly touching me and elbowing me. What’s the middle-seat etiquette? Is it truly a free-for-all?

Manspreading is not acceptable in any seat. That said, the middle seat is the dreaded torture device of flying. So, the unwritten rule is that the middle seat gets both armrests. The aisle and window each get their own armrest and room to lean over a little.

To handle someone invading your space, ask them nicely. Often, the person doesn’t even realize they are being rude. Try a joke, like, “they keep making these seats smaller and smaller.” That acknowledges your problem is with the seat, not the person, and that you are both in this together. As long as you feel safe, try handling it yourself before getting the flight attendant involved.

If the person is quite tall and is completely folded in their seat with nowhere to go, you could offer to trade seats. We all hate the middle, but it might be more comfortable for both of you over the flight.

How can I show my appreciation for hard-working flight attendants? I brought cookies for them once, but later heard that they aren’t allowed to eat food given by passengers. Is that true? What can I do instead?

While I’m not aware of a rule against eating food given by passengers, in the case of homemade treats, we don’t know where it came from or what’s in it. Even though your heart is in the right place, it’s a crazy world out there, so we would most likely not eat them. (Fun fact: Many airlines actually advise their flight crews to not eat the same meal from the same place on a given day. This is to prevent crew members’ being struck with food poisoning at the same time.) Packaged food, like candy, is a safer bet.

Gift cards are the best option if you really want to give us something. Think about places commonly found in airports that sell things everyone can enjoy, like a hot, comforting beverage that helps keep us fresh and perky on those early morning flights. We appreciate each and every gift we receive, and they make our day no matter what.

Do you keep track of how many alcoholic drinks a person has during a flight? When do you decide to cut someone off?

I do keep track. I start making mental notes once someone has had three to four alcoholic beverages. I consider the length of the flight and how the person is handling themselves before I decide to step in. Red flags are increasing aggression and demands, excessive slurring or just getting very loud. The effects of alcohol are actually felt more strongly in flight because of the decreased oxygen levels.

I have cut off several passengers in my career, and it almost never goes well. Almost everyone argues and insists they are fine. If things escalate, we inform them it is against federal law to be intoxicated on an aircraft and that law enforcement will meet them when we land. That usually solves the problem.

Is it true that flight attendants don’t get paid until the plane starts moving?

That is true. Each airline is slightly different. I am paid as soon as the door closes, and we stop being paid when the door opens. It is also true for pilots.

If a flight cancels, most airlines have cancellation pay that protects us, so we get the pay that was scheduled. Some airlines don’t have that protection, though. So trust me: We hate delays and cancellations as much, if not more, than our passengers.

I get airsick when I fly, especially when the cabin pressure changes during takeoff and landing. Do you have any recommendations?

Sit as close to the wing as possible. Think of the airplane as a seesaw: The wing is the most stable part. Keep your air vent on. Wear layers you can take off if you start to get that sweaty feeling. Ask the flight attendant for a cup of ice, or whatever nonalcoholic beverage settles your stomach. I also recommend not flying on an empty stomach — but don’t eat too much right before a flight either.

If you do throw up, that is what that sick sack in your seat-back pocket is for. You can dispose of the used bag in the lavatory trash can, ring the call button or leave it sealed under the seat in front of you. Just please don’t leave it there for an unsuspecting cleaner to find, or hand it to a flight attendant who doesn’t have a trash bag in hand.

Would you still encourage others to pursue this field, knowing everything you know now?

I absolutely would, but this career is definitely not for most people. If the thought of working the same schedule in an office every day makes your soul want to shrivel up and die, it might be the job for you. You can have a terrible day flying that makes you want to cry like a toddler, but the next is guaranteed to be completely different: new passengers, a new location and most likely a whole new set of co-workers.

Being a flight attendant is still a great way to see the world. But some cities still elude me. I’ve wanted a long New Orleans layover my whole career, it just never shows up on my schedule. After 20 years of flying, I still have six states and countless countries left to visit.

This job is mentally and physically exhausting in a way that I think compares with working in a hospital or a school, except you can’t go home for three to five days. It takes a toll on relationships and you can’t have pets, but you also meet amazing people and can make lifelong friends that feel more like family.

It takes a certain kind of person to fall in love with this life, but when that person finds this job, it’s magic. For me, the good always outweighs the bad; if that ever changes, that is the day I hang up my wings.

Beware of Scammers Trying to Capitalize on Student Loan Forgiveness

Fed officials may be encouraged by the labor data. 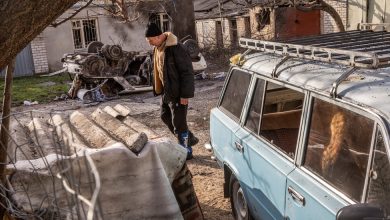 For Families and Detainees in Russian-Occupied Areas, a Grim Wait 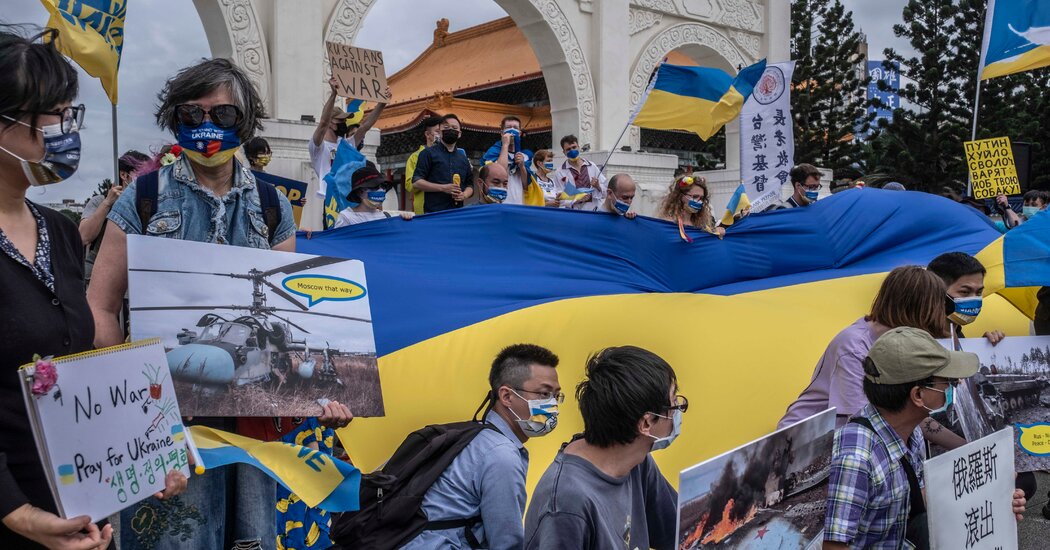 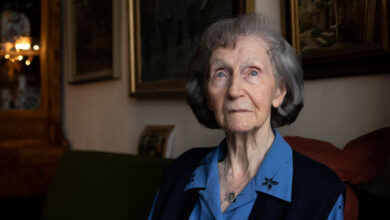 Zofia Posmysz, Who Wrote of Life in Concentration Camps, Dies at 98 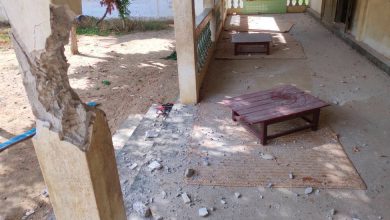 In Myanmar, Grief and Fury After an Attack on a School