RIO DE JANEIRO — For the past decade, Brazil has lurched from one crisis to the next: environmental destruction, an economic recession, one president impeached, two presidents imprisoned and a pandemic that killed more people than anywhere else outside the United States.

On Sunday, Brazilians will cast their ballots for their next president, hoping to push Latin America’s largest country toward a more stable and brighter future — by deciding between two men who are deeply tied to its tumultuous past.

The election is widely regarded as the nation’s most important vote in decades, historians in Brazil say, in part because the health of one of the world’s biggest democracies may be at stake.

The incumbent, President Jair Bolsonaro, is a far-right populist whose first term has stood out for its turmoil and his constant attacks on the electoral system. He has drawn outrage at home and concern abroad for policies that accelerated deforestation in the Amazon rainforest, for his embrace of unproven drugs over Covid-19 vaccines and for his harsh attacks on political rivals, judges, journalists and health professionals.

The challenger, former President Luiz Inácio Lula da Silva, is a left-wing firebrand who oversaw Brazil’s boom during the first decade of this century, but then went to prison on corruption charges. Those charges were later thrown out, and now, after leading in polls for months, the man simply known as “Lula” is poised to complete a stunning political resurrection.

They are perhaps the two best-known, and most polarizing, figures in this nation of 217 million people, and for more than a year, they have been pitching voters on starkly different visions for the country, whose economy has been battered by the pandemic and global inflation.

Supporters of Mr. Bolsonaro in Rio de Janiero. Mr. Bolsonaro has implied that the only way he believes he would lose the election is if it were stolen from him.Credit…Dado Galdieri for The New York Times

Mr. Bolsonaro’s campaign slogan is “God, family, homeland and liberty,” while Mr. da Silva has built his pitch around a pledge to ensure that all Brazilians can enjoy three meals a day, including, occasionally, a top cut of meat and a cold beer at a family barbecue.

Yet, instead of their plans for the future, much of the race has revolved around each candidate’s past. Brazilians have lined up on either side based in large part on their opposition to one of the candidates, instead of their support for them.

“The major word in this campaign is rejection,” said Thiago de Aragão, strategy director at Arko Advice, one of Brazil’s largest political consultancies. “This election is a demonstration of how voters in a polarized country unify themselves around what they hate instead of what they love.”

The focus on Sunday — when a total of 11 presidential candidates will be on the ballot — will not just be on the vote tallies, but also on what will happen after the results are announced.

Mr. Bolsonaro has been casting doubt on the security of Brazil’s electronic voting system for months, claiming without evidence that it is vulnerable to fraud and that Mr. da Silva’s supporters are planning to rig the vote. Mr. Bolsonaro has, in effect, said that the only way he would lose is if the election were stolen from him.

Electoral Court inspectors packing up voting machines after testing them in São Paulo. In recent weeks, the military and election officials agreed to a change in how they test the machines, which Mr. Bolsonaro has claimed are unreliable.Credit…Victor Moriyama for The New York Times

“We have three alternatives for me: Prison, death or victory,” he told supporters at enormous rallies last year. “Tell the bastards I’ll never be arrested.”

Earlier this year, the military began challenging the election system alongside Mr. Bolsonaro, raising concerns that the armed forces could back the president if he refuses to concede.

But in recent weeks, the military and election officials agreed on a change to tests of the voting machines, and military leaders say they are now satisfied with the system’s security. The military would not support any efforts by Mr. Bolsonaro to challenge the results, according to two senior military officials who spoke anonymously because of rules against military officials discussing politics. Some senior generals have also recently tried to persuade Mr. Bolsonaro to concede if he loses, according to one of the officials.

Mr. Bolsonaro, however, still does not seem satisfied. On Wednesday, his political party released a two-page document claiming, without evidence, that some government employees and contractors had the “absolute power to manipulate election results without leaving a trace.” Election officials fired back that the claims “are false and dishonest” and “a clear attempt to hinder and disrupt” the election.

Mr. Bolsonaro wants to open the Amazon to more mining and says he wants to usher in more conservative values.Credit…Victor Moriyama for The New York Times

On Thursday, at the final debate before Sunday’s vote, Mr. Bolsonaro was asked directly by another candidate if he would accept the election results. He did not answer. Instead, he insulted the candidate, saying she was only challenging him because he fired her friends from government jobs. (She then asked if he was vaccinated for Covid-19 — his government deemed his vaccine status to be classified — and he responded similarly.)

Mr. da Silva has held a commanding lead in the polls since last year. If no candidate exceeds 50 percent of the vote on Sunday, the top two finishers will compete in a runoff on Oct. 30. It had appeared that Mr. Bolsonaro and Mr. da Silva would end up in another showdown then, but a recent surge in Mr. da Silva’s poll numbers suggests that he could win outright on Sunday.

A victory for Mr. da Silva would continue a leftward shift in Latin America, with six of the region’s seven largest nations electing leftist leaders since 2018. It also would be a major blow to the global movement of right-wing populism that has spread in the last decade. Former President Donald J. Trump is a key ally of Mr. Bolsonaro and has endorsed the Brazilian president.

A campaign rally for Mr. da Silva in Rio de Janiero. If he does not win next week’s election outright, there will be a runoff on Oct. 30.Credit…Dado Galdieri for The New York Times

Polls suggest that if Mr. da Silva wins the presidency in Sunday’s first round it would only be by a slim margin, creating an opening for Mr. Bolsonaro and his supporters to argue that voter fraud accounted for the results.

Political leaders and analysts believe that Brazil’s democratic institutions are prepared to withstand any effort by Mr. Bolsonaro to dispute the election’s results, but the nation is bracing for violence. Seventy-five percent of Mr. Bolsonaro’s supporters told Brazil’s most prominent pollster in July that they had “little” or no support for the voting systems.

“The only thing that can take victory from Bolsonaro is fraud,” said Luiz Sartorelli, 54, a software salesman in São Paulo. He listed several conspiracy theories about past fraud as proof. “If you want peace, sometimes you need to prepare for war.”

The election could also have major global environmental consequences. Sixty percent of the Amazon lies within Brazil, and the health of the rainforest is critical to stemming global warming and preserving biodiversity.

Mr. Bolsonaro has drawn outrage at home and concern abroad for policies that accelerated deforestation in the Amazon rainforest.Credit…Victor Moriyama for The New York Times

Mr. Bolsonaro has loosened regulations on logging and mining in the Amazon, and slashed federal funds and staffing for the agencies that enforce laws intended to protect Indigenous populations and the environment.

In his campaign, he has promised to strictly enforce environmental regulations. At the same time, he has cast doubt on statistics that show soaring deforestation and has said that Brazil must be able to take advantage of its natural resources.

Mr. da Silva has pledged to end all illegal mining and deforestation in the Amazon, and said that he would encourage farmers and ranchers to use unoccupied land that has already been deforested.

With a steady lead in the polls, Mr. da Silva has run an exceedingly risk-averse campaign. He has declined many interview requests and, last week, he skipped a debate.

Mr. da Silva has promised to raise taxes on the rich to expand services for the poor.Credit…Dado Galdieri for The New York Times

But he did show up at Thursday’s debate, where Mr. Bolsonaro immediately started swinging. He called Mr. da Silva a “liar, ex-convict and traitor.” He claimed the left wanted to sexualize children and legalize drugs. And he tried to connect Mr. da Silva to a 20-year-old unsolved murder. “The future of the nation is at stake,” he told voters.

Mr. da Silva said the president was lying. “You have a 10-year-old daughter watching this,” he said. “Be responsible.”

Battered by Floods and Trapped in Debt, Pakistani Farmers Struggle to Survive 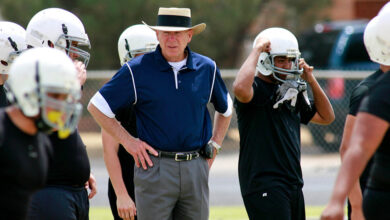 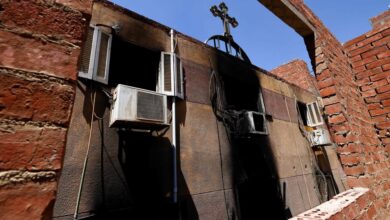 A Terrible Toll in an Egyptian Church Fire: 18 Children Killed 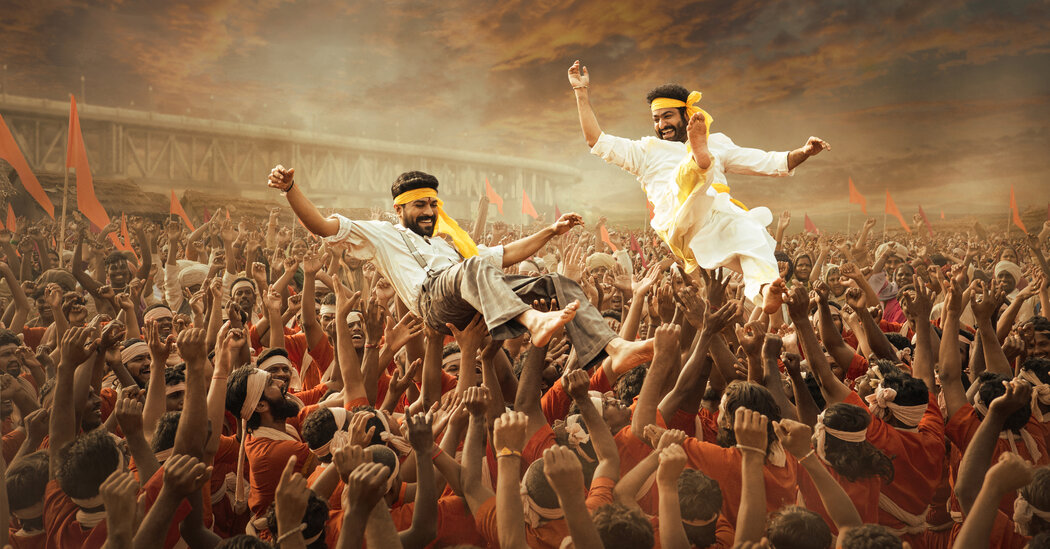 How the Indian Action Spectacular ‘RRR’ Became a Smash in America 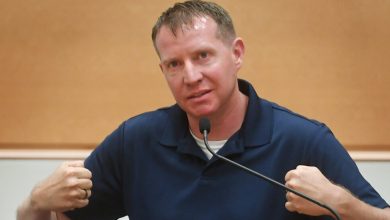