At the beginning of this year’s midterm campaign, analysts and political operatives had every reason to expect a strong Republican showing this November. President Biden’s approval rating was in the low 40s, and the president’s party has a long history of struggling in midterm elections.

But as the start of the general election campaign nears, it’s becoming increasingly hard to find any concrete signs of Republican strength.

Tuesday’s strong Democratic showing in a special congressional election in New York’s 19th District is only the latest example. On paper, this classic battleground district in the Hudson Valley and Catskills is exactly where the Republicans would be expected to flip a seat in a so-called wave election. But the Democrat Pat Ryan prevailed over a strong Republican nominee, Marc Molinaro, by around two percentage points, outperforming Mr. Biden’s narrow win in the district two years ago.

The result adds to a growing pile of evidence suggesting that Democrats have rebounded in the aftermath of the Supreme Court’s decision in late June to overturn Roe v. Wade. No matter the indicator, it’s hard to see the once-clear signs of a Republican advantage.

One special election would be easy to dismiss. But it’s not alone.

There have been five special congressional elections since the court’s Dobbs ruling overturned Roe, and Democrats have outperformed Mr. Biden’s 2020 showing in four of them. In the fifth district, Alaska’s at-large House special, the ranked-choice voting count is not complete, but they appear poised to outperform him there as well.

On average, Republicans carried the four completed districts by 3.7 percentage points, compared with Donald J. Trump’s 7.7-point edge in the same districts two years ago. The results aren’t merely worse than expected for Republicans; they’re straightforwardly poor. Republicans need to fare better than Mr. Trump, who lost the national vote by 4.5 points in 2020, to retake the House — let alone contemplate winning the Senate.

Special congressional elections are idiosyncratic low-turnout affairs, and these races were no exception. They had a relatively higher share of white voters in mostly rural districts that were not representative of the country. The voters who turn out in primary or special elections aren’t representative, either, with highly educated and well-informed voters usually making up an outsize share of the vote. Those two factors probably converged to the advantage of Democrats in all four completed districts. The results showed a superior turnout in highly educated liberal enclaves or college towns, like Ithaca in New York’s 23rd District, while turnout elsewhere in the districts lagged behind.

But strength among high-turnout white voters can get a party pretty far in low-turnout midterm elections, which tend to have a relatively whiter electorate. Perhaps in part for that reason, there is a decent historical relationship between special election results and midterm outcomes. And before Dobbs, Republicans were outrunning Mr. Trump in special congressional elections. Since then, the pattern has reversed.

While there’s plenty of room for debate about exactly what the special election results mean for November, there’s no dispute that the results are plainly positive for Democrats.

Democrats have made steady gains on the generic congressional ballot, a poll question asking voters whether they prefer Democrats or Republicans for Congress.

More Coverage of the 2022 Midterm Elections

Overall, Democrats now have the slightest advantage on this measure, according to FiveThirtyEight’s tracker. That represents about a three-point swing toward the Democrats since mid-June, when Republicans led before the Dobbs ruling.

A tight generic ballot represents a real improvement for Democrats. If the polls are right — a big “if” after the last few cycles — it suggests a fairly competitive district-by-district battle for control of the House, rather than the expected Republican rout.

Realistically, Republicans would remain clearly favored — the House map is still modestly tilted in their favor, and Democrats would have to win an outsize share of the competitive races to hold the chamber. But the notion that Democrats can even dream about House control is a remarkable turn from earlier in the cycle, when the House was all but penciled into the Republican column.

It’s still a little early to look at polls pitting Democratic candidates against Republican ones in specific races. Many candidates remain unknown, and the general election campaign is just getting underway.

But the early state and district polls do look relatively promising for Democrats. That’s especially true in the Senate, where a simple polling average might even show Democrats poised to make gains.

After the last few cycles of polling misfires, there’s plenty of reason to be skeptical of state surveys — especially in the relatively white working-class battleground states where the polls seem to have consistently underestimated Republicans.

But here again, the long-awaited “red wave” is nowhere to be found.

This is a bit of an odd one, but it’s a surprisingly useful measure and it doesn’t show much of a red wave either.

Washington State has a top-two primary in which all of the candidates from both parties appear on the same primary ballot; the top two candidates advance to the general election.

As a result, the Washington primary is a lot more like a general election than the typical primary — not only is every voter eligible, but voters can also select the Democrat or Republican of their choosing in every race. For good measure, Washington has universal vote-by-mail, which tends to keep the turnout pretty high. It’s more like the typical midterm electorate than some of the recent special elections.

The results of the Washington primary usually do a decent job of predicting the outcome of the fall election. In some years, Democrats do a bit better in November than in the primary; in other years, Republicans do. But it’s not usually hugely different. In retrospect, the solid Republican showing in the 2020 Washington primary was one of the better reasons to doubt the polls heading into November 2020.

Yet again, it’s a result that’s consistent with a fairly evenly divided national vote for the House.

Of all the indicators, primary elections are probably the single messiest measure of the national political environment. From state to state and cycle to cycle, voters may either have a very compelling reason to show up — or no reason to vote whatsoever. A strong or weak Democratic or Republican primary turnout can mean absolutely nothing.

But if all the states are added together, the vagaries of individual state primary elections more or less cancel out. Over the last few decades, partisan primary turnout does correlate relatively well with the results of midterm elections.

In 15 primaries since the court’s ruling, 52.5 percent of primary voters have cast Republican primary ballots compared with 48 percent in the same states in 2018, according to data compiled by the pollster John Couvillon. The last midterm is used as the point of comparison because of the one-party presidential primary in 2020.

Of course, 2018 was a good year for Democrats. In the end, they won 54 percent of the major party vote and carried the House easily. So they have room to fare quite a bit worse than they did in 2018 and still put up a respectable showing. Indeed, a 4.5-point shift from 2018 would yield a pretty close House national vote, with maybe a slight Republican edge depending on how one looks at uncontested races.

And that 4.5-point Republican overperformance is a little worse for Republicans than earlier in the year. Before Roe, Republicans were running 6.7 points better than in the 2018 primaries in the same states. It’s hard to read a lot into this shift — primaries, again, are very idiosyncratic, with the competitiveness of different races and eligibility rules making a big difference. But the shift, however unreliable, is nonetheless consistent with the broader national story.

It’s stuck in the low 40s, according to FiveThirtyEight, though it seems to have risen along with Democratic fortunes over the last few months.

It’s hard to think of any precedent for the president’s party to fare even half decently with such an unpopular president. The closest recent analogue might be Jimmy Carter in 1978. He held control of Congress despite an approval rating around 50 percent. (His approval rating was similar to Mr. Biden’s in August, but it increased after the Camp David Accords in September.)

Perhaps someone could construe the Democratic hold in the House in the 1950 midterms as somewhat analogous, though Democrats lost 28 seats and saw a net seven-point shift toward Republicans.

Ultimately, it’s possible that Mr. Biden’s approval rating will drag down the Democrats. It may even begin to drag them down by the other measures even before the fall election.

But for now, his approval rating stands apart as the only hard measurement that argues for a decisive Republican victory this fall.

When Your Boss Is Crying, But You’re the One Being Laid Off

Jerry Allison, Who Played Drums With Buddy Holly, Dies at 82 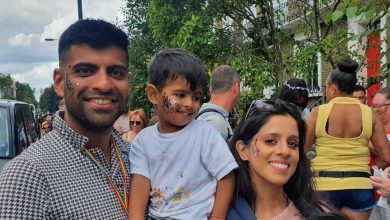 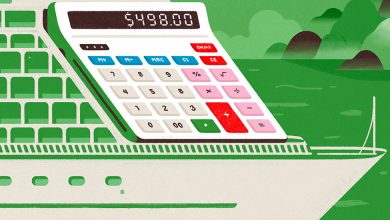 Asia (Much of It, Anyway) is Back. And So Are Deals for Hotels, Cruises, Tours and More 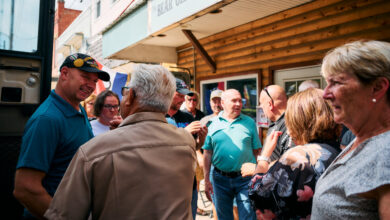 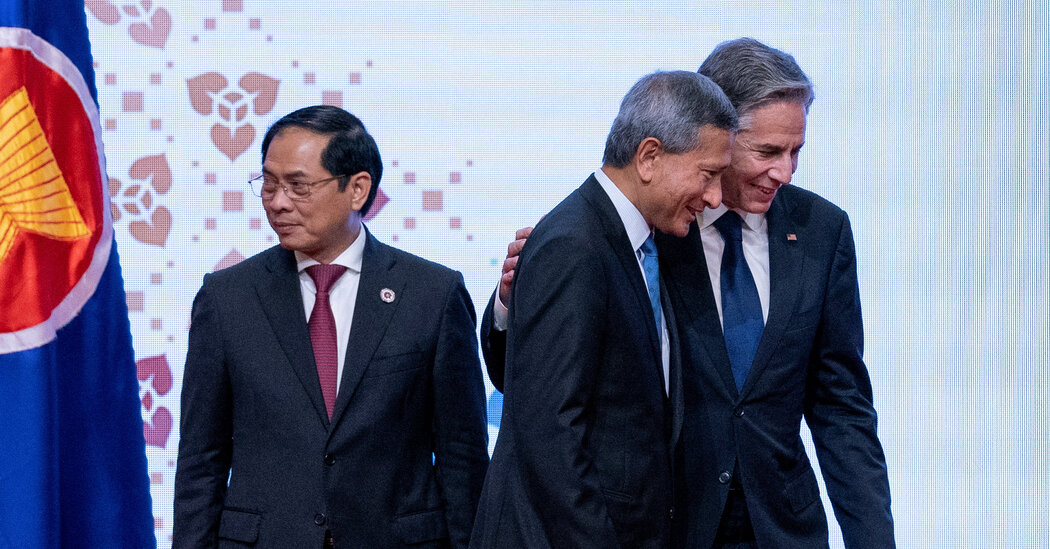