Javier Marías, a Spanish novelist whose elegant style and intricate plots centered on espionage, murder and betrayal won him comparisons to Marcel Proust and Ian Fleming, died on Sunday at his home in Madrid. He was 70.

His publisher, Alfaguara, said the cause was pneumonia.

Though he was not particularly well-known in the United States, Mr. Marías was among the few writers to combine critical praise with a best-seller readership: He sold some eight million copies of his 14 novels, four books of short-stories and dozens of essay collections. His books were translated into 46 languages; his 1992 novel “Un Corazón Tan Blanco,” which was published in English in 1995 as “A Heart So White,” sold 1.3 million copies in Germany alone.

Mr. Marías occupied a reputational perch in Spanish culture that would be almost inconceivable for an American author. His novels were greeted like blockbuster summer films, he received practically every prize available to a Spanish writer, and he was regularly considered a favorite to win the Nobel Prize in Literature, one of the few awards to elude his grasp. Most critics considered him the greatest living Spanish writer; some said the greatest since Miguel de Cervantes.

He was more than just a famous novelist. Mr. Marías wrote a widely read weekly column in El País, Spain’s leading newspaper, where he set down his thoughts on everything from bike lanes (he hated them) to the Spanish government (which he also detested, regardless of the party in power).

He cultivated a public image as a curmudgeon, but in person he was generous and witty, inviting interviewers for long conversations in his dimly lit study, his fingers tweezering an ever-present cigarette. (One column he wrote in 2006, for The New York Times, castigated Madrid’s antismoking laws as “far more befitting of Franco than a democracy.”)

Mr. Marías wrote in a looping, discursive style that critics often compared to that of Henry James or Laurence Sterne, whose epigram “I progress as I digress” Mr. Marías took as a personal motto.

He knew Sterne quite well: At 25 he translated that Irish writer’s famously difficult, uproarious novel “The Life and Opinions of Tristram Shandy, Gentleman” (1759) into Spanish, one of nearly a dozen British and American books that he rendered into his native tongue.

Though he did most of his translation work in his 20s, Mr. Marías made the character of the translator — and the idea of translation, in all its meanings — a central theme in his work. Opera singers, directors, spies: In his fiction all of them confront the tension between the urgency to know and the difficulty of understanding.

His novels were never overtly political, but they dealt with many of the themes that have occupied Spanish society since the fall of the country’s fascist regime in the 1970s: betrayal, memory, moral ambivalence and the unexpected weight of the past.

In “A Heart So White,” for example, the characters Juan and his wife, Luisa, explore his father’s hidden past, including his several failed marriages. “Los Enamoramientos” (2011; published in English in 2013 as “The Infatuations”) follows a woman drawn into a murder mystery.

Often, Mr. Marías rendered such themes through plots drawn from genre fiction, especially spy thrillers and murder mysteries. His three-part novel “Tu Rostro Mañana” (2002-2007; published in English between 2005 and 2009 as “Your Face Tomorrow”) follows a Spanish translator who is recruited by British intelligence.

“Telling is almost always done as a gift,” Mr. Marías writes in the book’s first volume, “even when the story contains and injects some poison, it is also a bond, a granting of trust, and rare is the trust or confidence that is not sooner or later betrayed.”

Though he was a staunch opponent of Francisco Franco, the dictator who led Spain between 1939 until his death in 1975, Mr. Marías went against the instincts of many of his fellow liberals by remaining skeptical, even critical, of the public urge to dwell on the memory of the fascist era.

“Some things are so evil that it’s enough that they simply happened,” he told a reporter with The New York Times Magazine in 2019. “They don’t need to be given a second existence by being retold.”

Then, reverting to his familiar ambivalence, he said, “That’s what I think on some days, anyway,” adding, “Other days I think the contrary.”

Mr. Marías in 2014. He wrote in a looping, discursive style, and took the writer Laurence Sterne’s epigram “I progress as I digress” as a personal motto.Credit…Gianfranco Tripodo for The New York Times

Javier Marías Franco was born on Sept. 20, 1951, in Madrid, the son of Julián Marías, a philosopher, and Dolores Franco, a writer unrelated to the country’s ruling dictator. In fact, his father, a follower of the philosopher José Ortega y Gasset, had opposed Franco during the Spanish Civil War and was nearly executed afterward. He received a last-minute reprieve but was forbidden to teach.

When Javier was a few months old, the family moved to Massachusetts, where his father had a visiting professorship at Wellesley College. Another temporary position a few years later took them to New Haven, Conn., where his father taught at Yale.

The Marías household was liberal and intellectual, and Javier devoured books, particularly tales of adventure by Joseph Conrad and Robert Louis Stevenson. When he was 17 he ran away to Paris to spend a summer with his uncle Jesús Franco, a B-movie director (“Vampyros Lesbos”; “Virgin Among the Living Dead”) and occasional pornographer whom Mr. Marías later called “something like the Spanish Ed Wood.”

Javier translated scripts for his uncle, watched dozens of movies at a nearby theater and wrote his first novel, “Los Dominios del Lobo” (“Dominions of the Wolf”), published in 1971, when he was just 20 years old.

He returned to Spain to study at the Complutense University of Madrid, graduating with a degree in philosophy and literary sciences in 1973. He wrote another novel, then spent the next several years as a translator, taking on not just novels but poetry, too, including volumes by Wallace Stevens, William Butler Yeats and John Ashbery.

Mr. Marías’s career as a translator culminated when, from 1983 to 1985, he lectured at Oxford University on the theory of translation. His time at Oxford left him with a slightly archaic, even fusty basket of Englishisms (he referred to janitors as “charwomen”) and the makings of a plot for one of his most commercially successful novels, a campus satire called “All Souls” (1992).

After Oxford, Mr. Marías returned to Madrid, and aside from a very rare excursion as a visiting professor, he more or less stayed there, living in a dusty, book-filled apartment on one of the city’s oldest squares.

He is survived by his wife, the editor Carme Lopez Mercader, and his brothers Fernando, an art historian; Miguel, a film critic and economist; and Álvaro, a musician.

By the turn of the century Mr. Marías had become the undisputed leading literary figure in Spain, and that was before the triumph of “Your Face Tomorrow,” an epic that critics compared to Proust’s “In Search of Lost Time” or Joyce’s “Ulysses.”

He wore his fame lightly, and joked that such comparisons said less about his talents than they did about a general decline in literary achievement. When “The Infatuations” won the state-run National Novel Prize, one of Spain’s highest literary awards, he rejected the $20,000 in prize money, saying he did not want to be indebted to a government of any kind.

He did maintain one such relationship, though: In 1997 he became king of Redonda, an uninhabited island in the Caribbean. The fictional Kingdom of Redonda is something of a running in-joke among European artists, who occupy the throne and make up most of its peerage. After his predecessor, the author Jon Wynne-Tyson, abdicated in his favor, Mr. Marías took the royal name Xavier I.

Like most modern monarchs, his role was largely ceremonial, his primary duty being to dispense noble titles to other artistic worthies — he named the director Pedro Almodóvar the Duke of Trémula and Mr. Ashbery the Duke of Convexo.

As of press time, a successor to King Xavier I had not been named, though several pretenders claim the throne as theirs.

Timing Is Everything for Carlos Alcaraz 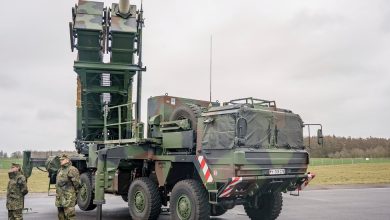 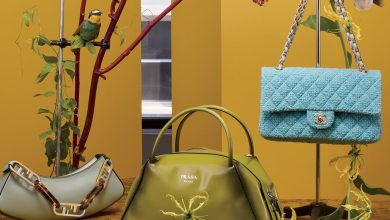 Handbags to Conjure the Spirit of Spring 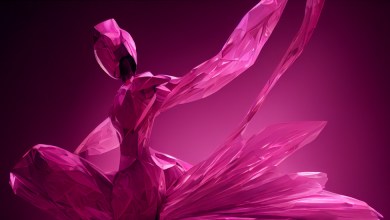 Pantone’s Color of the Year Was Made for the Metaverse 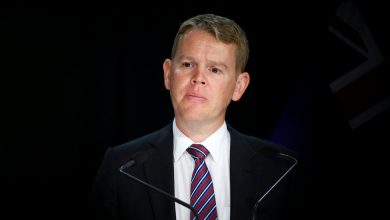