A car dealership employee is hoping she can return to community college with a clean slate. An operations manager is wondering whether he might be able to afford to buy a home. And a customer service representative is facing the bitter reality that she may never escape her decades-old debt.

They are among the millions of people nationwide, many from low-income families, who borrowed money for college but did not receive a four-year degree. If the debt forgiveness plan announced last week by the Biden administration comes into effect, some of their balances could be wiped away.

While that relief could change the lives of some borrowers, it may do little to address the intractable problem of soaring college costs.

In the United States, higher education has long been pushed as an important step on the road to financial security. But for tens of millions of people, that promise has proved elusive.

They may have left school for any number of overlapping reasons, including medical or family emergencies, but financial barriers are named as the most common obstacle. Even students who were prepared for the cost of tuition could be caught off guard by other expenses like fees, housing and textbooks.

Some borrowers expressed relief over Mr. Biden’s plan. Others noted, skeptically, the fuzzy details and the potential for legal challenges. And some have begun looking toward the future through the lens of their hard-won experience, wondering: Could loan forgiveness bring old college dreams within reach? And is higher education worth the cost?

“Is it worth it? Yes! Absolutely, absolutely — if you’re going to use it,” said Shantoya Smith, 39, a Pell grant recipient in Detroit with tens of thousands of dollars of debt and a plan to pursue a bachelor’s degree.

In a report this year, Dr. Salerno used data from the U.S. Department of Education to determine that about 15 percent of the federal loan debt currently in repayment was held by people with no degree at all — about 12 million people. And there were racial disparities: Of those who started but did not finish college, about 66 percent of Black borrowers still had debt when they left, compared with 47 percent of white borrowers.

The forgiveness plan would wipe out $10,000 in student loan debt for those making less than $125,000 annually, and $20,000 for those who received Pell grants for low-income families. It would cover most, or all, of many of the balances held by borrowers without degrees, who on average owe less than $15,000.

Many will benefit. President Biden’s executive order means the federal student loan balances of millions of people could fall by as much as $20,000. Here are answers to some common questions about how it will work:

What’s the first thing I need to do if I qualify? Check with your loan servicer to make sure that your postal address, your email address and your mobile phone number are listed accurately, so you can receive guidance. Follow those instructions. If you don’t know who your servicer is, consult the Department of Education’s “Who is my loan servicer?” web page for instructions.

How do I prove that I qualify? If you’re already enrolled in some kind of income-driven repayment plan and have submitted your most recent tax return to certify that income, you should not need to do anything else. Still, keep an eye out for guidance from your servicer. For everyone else, the Education Department is expected to set up an application process by the end of the year.

When will payments for the outstanding balance restart? President Biden extended a Trump-era pause on payments, which are now not due until at least January. You should receive a billing notice at least three weeks before your first payment is due, but you can contact your loan servicer before then for specifics on what you owe and when payment is due.

That could make a real difference to those who fell into debt trying to achieve their version of the American dream, said Yolanda Watson Spiva, the president of Complete College America, an advocacy organization.

“Hopefully it’s the first step and not the final step,” Dr. Watson Spiva said, adding that loan forgiveness did little for those just starting out amid persistent inequities and rising tuition costs.

When Hannah Jacob, 23, entered the State University of New York at Fredonia in 2017, she had financial aid and a state grant but no monetary support from her family, she said. She took out around $10,000 in federal loans. 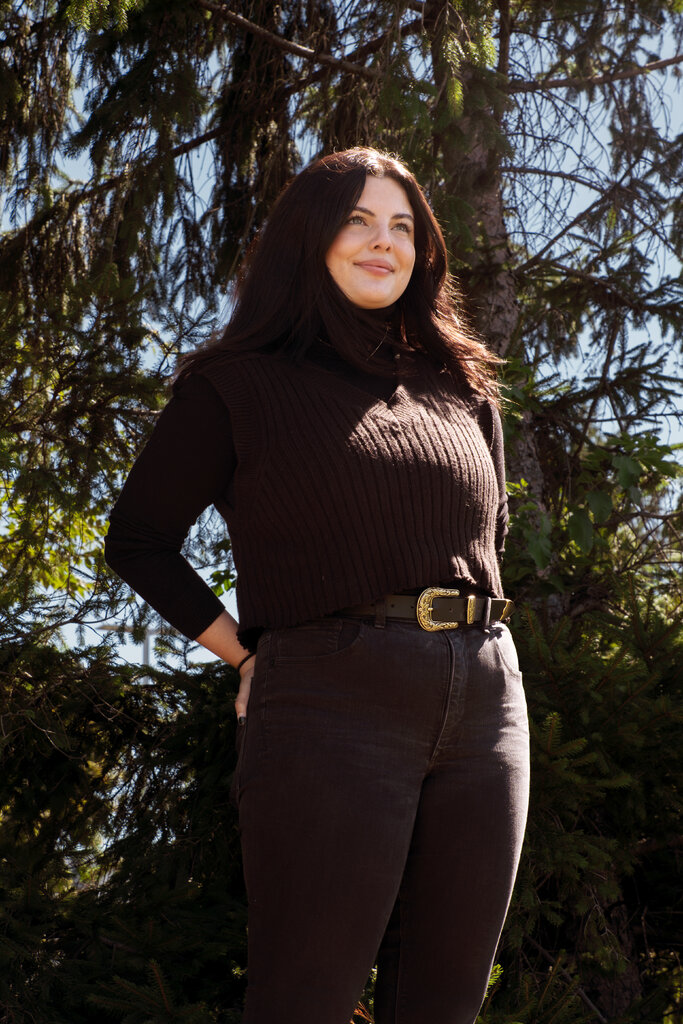 “I had no clue. And obviously, at 18, I didn’t have four grand just laying around, and my parents definitely didn’t. So I had to leave.”

Ms. Jacob made friends, loved her political science classes and started playing rugby. But when she returned for the spring semester of her freshman year, she discovered that she could not register because she had an outstanding tuition balance of $4,000.

“I had no clue,” she said. “And obviously, at 18, I didn’t have four grand just laying around, and my parents definitely didn’t. So I had to leave.”

After trying community college, she began working at a car dealership full time. She paid down some of her debt, but it still haunted her, tanking her credit score at the start of her adult life.

When Ms. Jacob heard about Mr. Biden’s debt relief plan — which could eliminate her remaining debt of nearly $9,000 — the sense of possibility she had once felt as a freshman returned.

“I can actually make the payments and enjoy going to school,” she said, “just because I have a great job now and I can actually afford it.” She plans to return to community college and, one day, earn the first bachelor’s degree in her family and become a history teacher.

Beth Akers, a senior fellow at theAmerican Enterprise Institute, said that while Mr. Biden’s forgiveness plan was poorly structured, she supported relief for borrowers without degrees. “I really do think that on both sides of the aisle, this is a population that we are universally concerned about,” she said.

Through no fault of their own, she said, many students absorb the message that higher education is essential. But for those who have dropped out and are now advancing into middle age, the calculus may have to change.

“I think it’s great to celebrate education,” Dr. Akers said. “But there’s also a need to be realistic about whether or not an individual would be on track to get an economic return.”

For Sheranda Pender, 46, the possibility of forgiveness brought “a little bit of hope” — but not much more than that.

Ms. Pender, who grew up in Waterbury, Conn., and still lives there, started at Southern Connecticut State University in New Haven in 1993, set on becoming a nurse. But three years later, she became pregnant with her first child and had to leave the program before finishing her degree. She soon found herself back in Waterbury, married and working at a phone company. 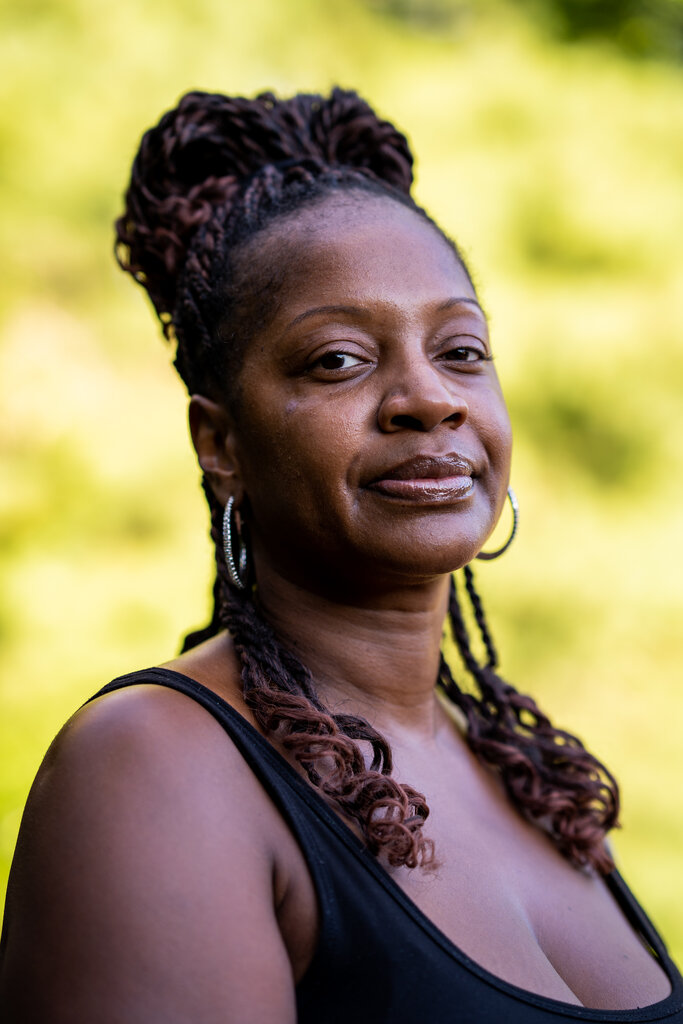 Today, she carries more than $50,000 in student debt, she said — a “dark cloud” heavy with decades of interest and penalties. She has made a career in customer service but never enough money to repay her loans.

Ms. Pender’s monthly payments would be easier if they were capped at 5 percent of her discretionary monthly income, as Mr. Biden has proposed. And because she received a Pell grant, she may be eligible for $20,000 in loan forgiveness. But paying the remaining balance in full, she said, still seems far out of reach.

“When you’re rubbing two nickels together, it’s like, where do you get the 5 percent?” she said.

As long as the debt hangs over her, she added, it is hard to imagine returning to school.

Many people who leave college end up feeling like failures, said Bridgett Strickler, the strategy officer for the Graduate! Network, which supports people returning to school. Forgiveness could have a lasting effect for them, even across generations.

“We know that when people have college degrees, their family members are more likely to pursue an education,” she said, “and the trajectories for their lives and their employment are changed forever.”

Ms. Smith, in Detroit, has tried over and over to get an education that would put her on solid ground. She said she struggled in high school, served in the Navy, got her high school equivalency diploma, attended community college in Wayne County part time for a couple of years,tried a private college, dropped out, took some online classes at a for-profit school and then enrolled at another community college in Macomb County.

She studied business and has received two associate degrees, as well as a certificate in digital marketing, but not a bachelor’s degree. And though she qualified for Pell grants along the way, Ms. Smith accumulated about $37,000 in student loans and interest.

To her, the education matters more than the diploma: Ms. Smith said that the coding and business skills she was gaining would sustain her for the long term.

Even if $20,000 of her loans were forgiven — “That would be wonderful,” Ms. Smith said — she would still have five digits of debt to pay down. But she does not plan to let that stand in the way of a four-year degree. “Schooling has been really beneficial to me,” she said. “I will never complain.”

Providing additional relief to Pell grant recipients, who compose the vast majority of those who default on student loans, is a “well targeted” approach that helps the borrowers most in need of support, said Adam Looney, a senior fellow at the Brookings Institution and a professor of finance at the University of Utah.

But, he said, Mr. Biden’s plan would be an “inefficient” way to improve college affordability. While the proposed repayment rules may lessen the burden of debt, they do not reduce the sticker price of a college education.

Ryan Johnston, 29, of Lake Charles, La., was a stellar high school student before he entered McNeese State University in 2011 and hit a brick wall. Anxiety plagued him; he kept stopping his studies and then starting them again. 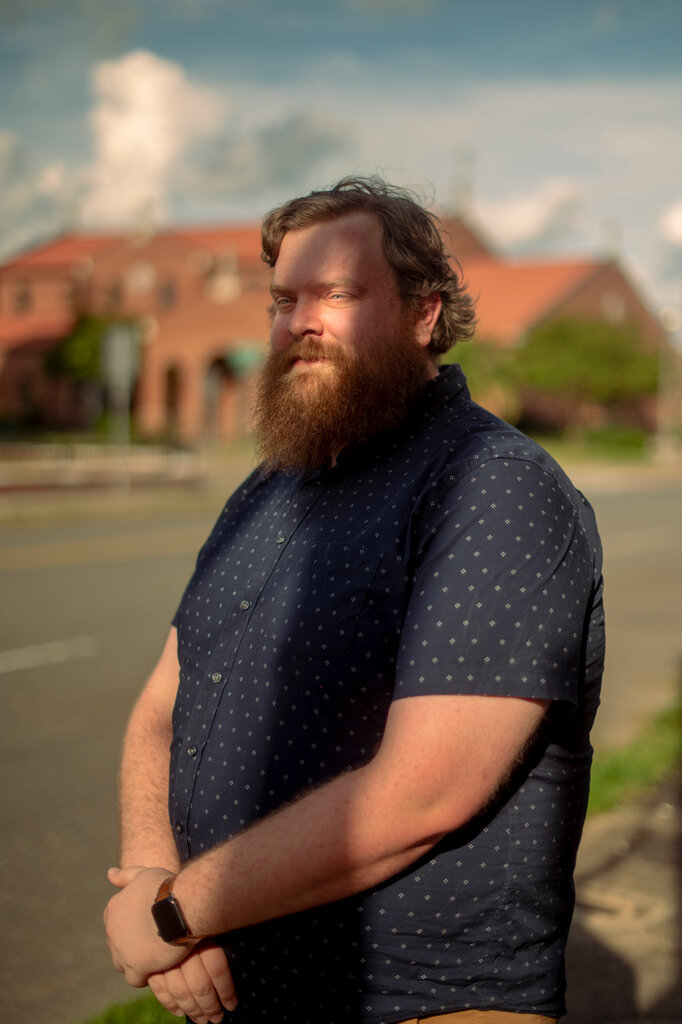 “I started weighing the options and then saw the debt and then everything else. I just ended up throwing my hands up and saying, ‘To hell with it all.’”

He had a Pell grant, but his student debt kept climbing as his academic performance stalled. By 2016, he had racked up more than $17,000 in loans.

“I started weighing the options and then saw the debt and then everything else,” he said. “I just ended up throwing my hands up and saying, ‘To hell with it all.’”

Mr. Johnston turned his attention to work and was spending hundreds of dollars a month on loan repayments until, a few years ago, he defaulted. His credit score slumped, he said, costing him a job he had been seeking, and he started getting daily phone calls from debt collectors.

The loan repayment moratorium of 2020 eased some of the pressure. And if Mr. Biden’s forgiveness plan comes to fruition — Mr. Johnston remains skeptical about that — it could wipe away his debt entirely.

“It gives me the feeling that I may actually be able to buy a home within a few years,” he said. “It makes me feel like my goals for repairing my credit are more attainable than they were two, three weeks ago. It makes the future seem a whole lot brighter.”

Even college, he said, could one day be back on the table.

How Many Drinks a Week Are Safe? Canada Considers a Much Lower Limit

‘I Was Not Surprised’: David Rubenstein on Carlyle’s Recent Leadership Shake-Up 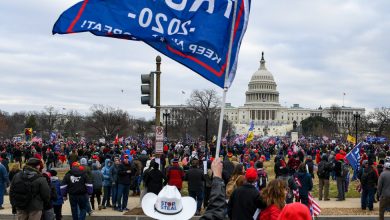 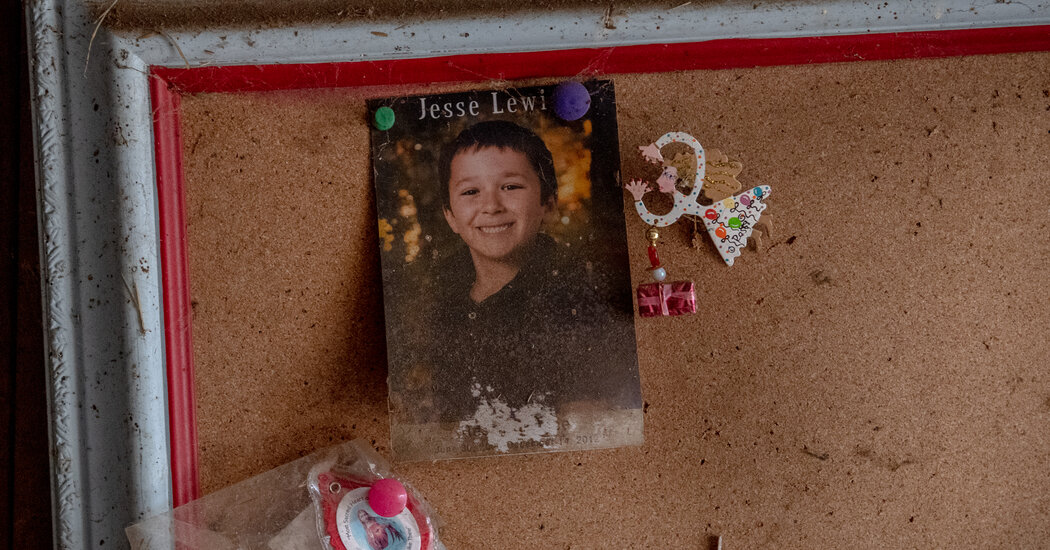 ‘I Want You to Hear This’: A Sandy Hook Mother Confronts Alex Jones