A retired Police Department inspector who was hired by Mayor Eric Adams earlier this year while he was also collecting a police pension and working as the top security official at Resorts World New York City casino has left his casino job, according to a statement Sunday from the company.

The news that the retired inspector, Timothy Pearson, will leave the post was announced days after The New York Times reported his hiring by Mr. Adams under an unusual arrangement that allowed him to collect a city salary and keep his job with Resorts World, which has been seeking to expand its gambling offerings in New York City.

“Tim is a distinguished hero who served the city for many years as a leader at N.Y.P.D. Tim used those same skills to keep our facility and community safe for over a decade,” the statement from Resorts World said. “We support his decision to lend his expertise to the city in its pursuit of making our streets safer, and we wish him well.”

Mr. Pearson, 62, had also been able to keep his $124,000 annual Police Department pension because his government salary is paid through the New York City Economic Development Corporation, a nonprofit controlled by the mayor.

Officials working for traditional city agencies are not permitted by state law to simultaneously collect a city pension.

Mr. Levy also said Mr. Pearson would have recused himself should any interaction between the casino and the development corporation have arisen.

Mr. Pearson is also responsible for coming up with and executing a plan to keep city schools open and interfacing with the business community, Mr. Levy said.

The Resorts World New York City casino, where Mr. Pearson worked as an executive, is seeking state approval to expand its gambling offerings in Queens. City support for its bid could prove pivotal. 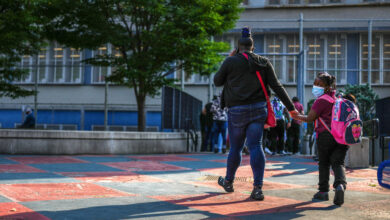 Covid and N.Y.C. Schools: Back to Class, and Finally Back to Normal? 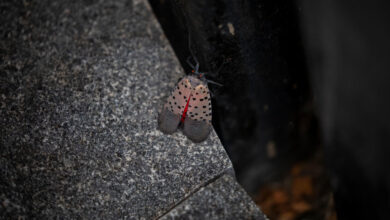