As influencers and celebrities descend on New York City in their black cars and limousines to bask in the glamour and exclusivity of fashion week, dancers in head-to-toe Morphsuitsvogued in the wilds of Brooklyn on Sunday.

They were there as part of the latest Telfar bag drop, at a Rainbow fashion store on Fulton Street. It was the first time the brand had a physical bag drop; all the previous ones were online, and can sell out in seconds.

In true Telfar fashion, it was counterprogramming to the gatekeeper-with-an-iPad events that litter the fashion week calendar — an event aimed at the masses and glorying in its chaos.

Christened the “Bushwick Birkin,” the coveted vegan-leather Shopping Bag created by Telfar Clemens, a 37-year-old Liberian-American designer, costs $150 to $257 and has been carried by celebrities including Beyoncé and Dua Lipa.

Mr. Clemens, who was born and raised in Queens, has won the CFDA’s American Accessories Designer of the Year Award and was featured on the cover of Time magazine in a piece written by Solange Knowles for its 100 Next list in 2021.

Despite the brand’s rise in the past few years, Mr. Clemens has tried to keep it accessible. On Sunday afternoon that meant forgoing a traditional fashion week show and instead hosting a one-day pop-up at Rainbow, where shoppers could buy up to five of the elusive bags in any size or color.

“It is democratizing fashion,” said Allegra Brochin, 24. “Everyone has an equal opportunity to get them. I love what it stands for.”

As the line of shoppers snaked around the building where Rainbow is housed, the entire block was immersed in the chaotic world of Telfar. Mr. Clemens made his way through the crowd to show thanks for his community’s support, kissing babies adorned in mini Telfar bags along the way.

From the start of his brand in 2005, Mr. Clemens has focused on a kind of inclusivity — in terms of financial means and racial and gender identities — that is often not a priority for big brands.

Many shoppers said that the decision to hold the event in a branch of Rainbow was a testament to Telfar’s emphasis on inclusivity. Credit…Rebecca Smeyne for The New York Times

Many shoppers said that the decision to hold the event in a branch of Rainbow was a testament to Telfar’s emphasis on inclusivity.

Andrea Escobar, 22, who owns eight Telfar bags, said that Rainbow is a pillar in many neighborhoods because it has created a pipeline for lower income communities to have access to trends and fashion for special events.

“Some stores are kind of expensive, and sometimes you can’t afford certain things, but at Rainbow you have that nice dress or nice heels for the low,” Ms. Escobar said.

Sunny Henry, a 19-year-old from Brooklyn who had managed to snag the Shopping Bag in the popular black, green and cream, said that she hoped to one day save the bags as vintage mementos for her children.

Ms. Henry wasn’t the only shopper with family and friends on her mind. As many people sprinted through the department store and used umbrellas, chairs or taller strangers to reach their desired Telfar color, a significant number were video chatting or on the phone with friends or relatives who had requested a bag for themselves.

Tara Henry was asked by her daughter, a junior at Clark Atlanta University, to wait in line at the event. Ms. Henry, who is from Bushwick, said that she planned on surprising her daughter with the rainbow of Telfars her son was currently carrying as a reward for doing so well in school.

Ms. Henry said that her daughter’s request for a Telfar bag may have come from the simple desire to follow the latest fashion trends and a sought-after designer. For Ms. Henry herself, however, there was larger meaning in the crowd of hundreds thronging the store. 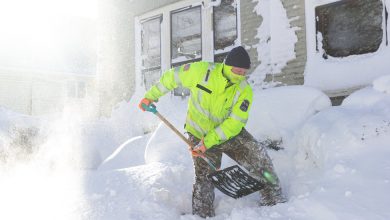 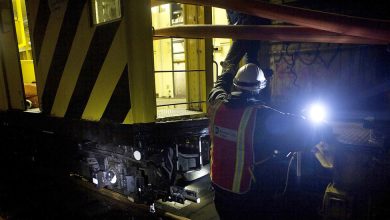 The Little Pump Trains That Could, but Didn’t 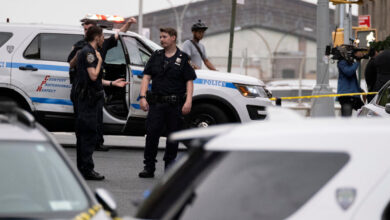