Representative Jerrold Nadler of New York, the powerful West Side Democrat and chairman of the House Judiciary Committee, handily won a bruising primary contest on Tuesday, defeating his longtime congressional neighbor, Carolyn B. Maloney, according to The Associated Press.

The highly charged summertime skirmish in the heart of Manhattan was unlike any New York City had seen in a generation and rivaled any intraparty House battle in recent memory. It pitted two committee chairs who have served side by side for three decades against each other and compelled some party faithful to pick sides.

The star-crossed matchup emerged from a state court ruling that unexpectedly combined their districts this spring. Mr. Nadler and Ms. Maloney ultimately chose to run against each other in her 12th District, as talks to have one of them seek a neighboring seat went nowhere.

Oddsmakers initially rated the contest a tossup, and Ms. Maloney doggedly trawled the district for votes. But Mr. Nadler quietly managed to assemble an enviable roster of endorsements, while capitalizing on his notoriety as a leading antagonist of former President Donald J. Trump in ways that proved impossible for his opponent to overcome.

“The people want principled progressivism, and I think I’ve supplied it,” Mr. Nadler said on Monday at a last-minute campaign stop outside Fairway Market on the Upper West Side, not far from his home.

An old-school progressive first elected in 1992, Mr. Nadler, 75, is expected to easily win a 16th full term this fall in the overwhelmingly Democratic district. But with his advancing age and noticeably halting debate performances, questions are likely to accelerate about who might succeed him in representing one of the nation’s wealthiest congressional seats.

Given those uncertainties and the ideological similarities between Mr. Nadler and Ms. Maloney, the outcome offers relatively little insight into the future direction of the Democratic Party.

For Ms. Maloney, 76, the defeat is likely to spell a painful end to a pathbreaking career in elected office. A former teacher and legislative aide, she first won a seat on the City Council from East Harlem in 1982 and a seat in Congress representing the East Side’s famed “Silk Stocking” district a decade later, eventually rising to become the first woman to lead the House Oversight and Reform Committee.

In the shadow of the Supreme Court’s decision to overturn Roe v. Wade, Ms. Maloney campaigned aggressively on her record of fighting for feminist causes. She pointedly accused Mr. Nadler of trying to take credit for her legislative priorities, like the Second Avenue Subway, and ran a television ad for weeks telling New Yorkers, “You cannot send a man to do a woman’s job.” And as she veered toward defeat in recent days, her campaign fanned questions about Mr. Nadler’s physical health and mental acuity.

A third candidate, Suraj Patel, 38, tried to make the race about generational change, arguing that the Democratic Party needed fresh leaders rather than failed “1990s politicians” like Mr. Nadler and Ms. Maloney.

Neither frame ultimately proved persuasive to voters, though, or at least not enough to overcome the enthusiastic base of support that turned out for Mr. Nadler on the Upper West Side.

On the campaign trail, the congressman cast himself as a consistent warrior for civil rights and civil liberties whose experience is needed as the former president and his acolytes shake some of the foundations of American government.

Mr. Nadler sought to galvanize voters in what may be the most Jewish district in the country around his status as the last remaining Jewish congressman in New York City. As the race stretched on, he also went on the attack against Ms. Maloney, accusing her of poor judgment when she voted for the Iraq War (he voted against) and when she helped amplify questions about debunked ties between vaccines for children and autism. A shadowy super PAC that has yet to disclose its donors picked up on the attack and spent more than $200,000 on television ads driving it home.

But above all, Mr. Nadler played a deft inside game, calling on decades-long relationships to build a stable of powerful supporters, including Senator Elizabeth Warren of Massachusetts, New York’s Working Families Party and Senator Chuck Schumer of New York, the majority leader, who was the only member of the state’s congressional delegation to wade into the race. 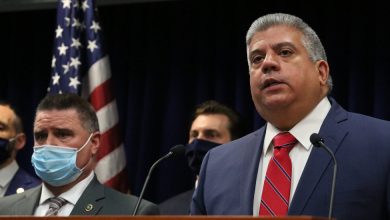 Brooklyn Prosecutors Seek to Throw Out Scores of Convictions