Players up for election to the Pro Football Hall of Fame have their cases discussed in a private meeting in the week leading up to the Super Bowl, with the discourse, and voting totals, never publicly revealed. The Basketball Hall of Fame keeps things under wraps to the point where most average fans do not even know how players are nominated, let alone elected.

In that sense, baseball, which is often viewed as the most antiquated of major American sports, could be seen as progressive. The main ballot every year is decided by veteran baseball writers, many of whom openly discuss their votes in advance and nearly all of whom allow their ballots to be revealed after the election. (No, we still don’t know the identity of the one writer who did not vote for Derek Jeter.)

With so many ballots available to be studied before Tuesday’s announcement of the class of 2023, Ryan Thibodaux and a group of volunteers have taken much of the guessing out of who stands a chance of getting the required 75 percent of the vote with their Hall of Fame Ballot Tracker. The no-frills online spreadsheet produced by Thibodaux’s team plainly states that 21 of this year’s candidates, including Alex Rodriguez, have already been left off so many ballots that they are mathematically eliminated.

In slightly better position are Carlos Beltrán, the former Mets and Yankees center fielder, who is this year’s most prominent first-year candidate, and Jeff Kent, the San Francisco Giants star who has more career home runs than any other second baseman. Those two have yet to be mathematically eliminated, but each would need to be chosen on more than 90 percent of the remaining ballots to be elected.

That leaves the following five candidates as the ones most likely to have their names called on Tuesday. But considering players tend to have their percentages go down once nonpublic ballots are counted, there is a real chance of no one being elected for the second time in three years, which would leave Fred McGriff, who was elected in December by the Contemporary Eras Committee, as the lone inductee this summer.

Defense was Scott Rolen’s bread and butter, but he also had a career .855 on-base plus slugging percentage and hit 316 home runs.Credit…G.N. Lowrance/Getty Images

Momentum has been building for Rolen, a slick-fielding third baseman who slugged 316 home runs. He got only 10.2 percent of the vote in his first year on the ballot, in 2018, but that number has risen each year, and he reached 63.2 percent last year, a number that typically indicates a player will eventually be elected. There are only 15 players who were primarily third basemen in the Hall of Fame, and Rolen has more career wins above replacement than seven of them. If he does not make it this year, he is likely to make it next year.

Todd Helton won a batting title by hitting .372 in 2000 and led the Colorado Rockies to the World Series in 2007.Credit…Nick Laham/Getty Images

Was Helton a Coors Field creation? A single-franchise star known for his steady production, he hit .345 with a .441 on-base percentage and .607 slugging percentage at home, while dropping to .287/.386/.469 on the road. He also hit 227 home runs at home and only 142 away from Denver’s high altitude. It is fair to consider those numbers when deciding his fate, but voters did not seem to mind that Jim Rice, Ryne Sandberg, Mel Ott and others had similar disparities between their statistics at home and on the road.

Billy Wagner had four seasons in which he pitched more than 60 innings and had an E.R.A. lower than 1.80.Credit…Kevin C. Cox/Getty Images

Wagner was one of the most dominant relievers in major league history. He struck out 11.9 batters per nine innings over a 16-year career, much of which came before the recent steep rise in strikeouts. He had only one season in which his E.R.A. was higher than 2.85 (and he missed much of that season because of injury). And his 422 saves are more than all but three of the eight closers currently in the Hall. A general reluctance to elect relievers not named Mariano Rivera is Wagner’s biggest obstacle. But with two more chances on the writers’ ballot, he has a good chance of eventually getting in.

Andruw Jones had 24.1 career defensive wins above replacement, according to Baseball Reference. That is more than any other center fielder.Credit…Barton Silverman/The New York Times

How can a player who has more defensive wins above replacement than any other center fielder, and also hit 434 home runs, be considered by some to have been disappointing in his 17-season career? Well, hitting two home runs in a World Series game as a 19-year-old and drawing numerous comparisons early in his career to Willie Mays created an unwinnable situation for Jones. Having his career fall off a cliff after his age-30 season did not help. Already halfway through his eligibility, he may never get 75 percent from the writers, but his defensive reputation alone may be enough to get him elected by one of the Hall’s eras committees.

Personality and postseason success play outsize roles in voting by the writers, and there is potentially no better proof of that than David Ortiz sailing in on his first ballot while Sheffield is on his penultimate try and will fall short yet again. Both have connections to performance-enhancing drugs, but Sheffield had a higher career batting average, a higher career on-base percentage and similar home run and R.B.I. totals. He also had 80.7 offensive WAR compared with Ortiz’s 56.7. That their overall WAR is relatively close (60.5 for Sheffield, 55.3 for Ortiz) is entirely a result of Sheffield’s regularly playing the field (very poorly) while Ortiz was essentially a designated hitter for his career.

Hall of Famer Tracker results are as of Monday morning. Wins above replacement totals are based on Baseball Reference’s formulation.

Tags
Base Had That Who Year

How M&M’s Found Itself in the Culture Wars 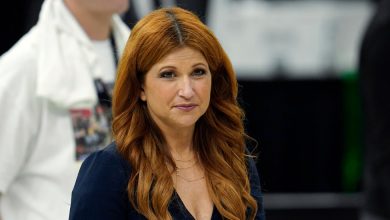 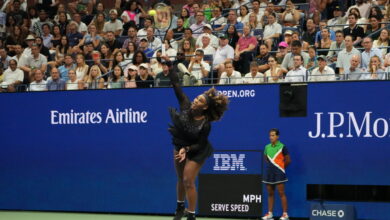 The Serena Williams ticket demand keeps going up (and up and up). 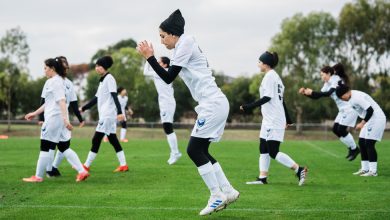 As the World Focuses on Soccer, a Women’s Team in Exile Aches to Play 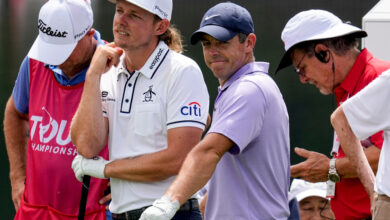 At Chaotic Season’s Close, PGA Tour Banks on Patience and Its Stars