From the genteel Thomas the Tank Engine to the rough-and-ready racecar Lightning McQueen, children’s entertainment has been filled with talking cartoon vehicles that run on feelings as much as on fuel.

It’s rare, however, to find a television series for the very young that shines a spotlight almost exclusively on the kinds of trucks and cars that get screen time mostly in adult medical and crime shows. On Wednesday, when Disney Junior premieres its latest animated television series, “Firebuds,” the four-wheeled heroes will be a fire engine, an ambulance and a police cruiser.

They star in a fantasy universe featuring two generations of rescuers, human and automotive, voiced by an impressive cast packed with big-name guest stars. The series’s three elementary school students — Bo, Jayden and Violet — operate juvenile-size vehicles that are not only their best friends but also the offspring of what the children’s parents, all emergency workers, drive on the job.

In “Firebuds,” “vehicles have families, just as humans do,” said Craig Gerber, the series’s creator and executive producer, in a phone interview from Los Angeles.

But the “Firebuds” creative team doesn’t expect young viewers to aspire to be firefighters or emergency medical technicians. Rather, the series aims to instill helpfulness, a commitment to service and a sense of community — being good neighbors, in the “Mister Rogers” sense — while also providing the excitement of crises and car chases that have been carefully engineered not to unsettle little viewers. In the first season, which will be available on Disney Junior, the Disney Channel and Disney+, Bo, Jayden and Violet take on problems ranging from a firehouse’s lost Dalmatian puppies to an art museum heist.

In addition to showing small children how they can be good citizens, the series gives a glimpse of how real emergency workers operate.

“First responders have gotten a lot more attention and recognition in the post-9/11 world and then the post-Covid world, on the medical side,” Gerber said.

He conceived “Firebuds” in 2018, after observing his youngest son’s attachment to his toy fire truck. That “got me thinking, how excited would he be if that fire truck came to life and was a talking kid fire truck, and then they could go on adventures together?” Gerber said. But he also began contemplating the importance of people like his own grandfather, a New York City police detective.

“So what started out as an inspiration from the family,” he added, “grew into something I want to do as a tribute.”

The project’s focus on “real superheroes,” instead of those in capes and tights, particularly interested Disney, said Alyssa Sapire, senior vice president for programming at Disney Junior, in a phone interview. “It certainly stood out amongst the other content that’s available for preschoolers. It felt original.”

“Firebuds” employs some of those everyday heroes as consultants, helping the series accurately depict a fire station and firefighters’ protocols. In one episode, “The Very First Fire,” Bo, the earnest and methodical central character, works with his friends to put out flames on a playground with a firebreak: They dig a trench, as real firefighters might.

Principal Kagan, one of the adult human characters, is voiced by Pamela Adlon.Credit…Disney

Much of the time, however, the young heroes deal with problems in ways that ordinary children can emulate, by “really thinking outside the box — of ways to use your resources and reach out your hand to help people,” said Pamela Adlon, the veteran voice actor and television writer, who guest stars as Principal Kagan, one of the adult human characters.

More than one episode, for instance, focuses on food emergencies. The chef José Andrés, who founded the charity World Central Kitchen and is a series guest actor (as is Padma Lakshmi), suggested basing the season’s only two-part story on a real event he experienced, when a flood cut off food supplies. The “Firebuds” version involves amphibious vehicles, but young viewers will also get a sense of how they can help neighbors by gathering or donating goods.

“We have a lot of, like, emotional rescues,” said Krystal Banzon, a writer for the series, in a phone interview. She added, “You can be a helper and a hero to a friend in a lot of little ways,” sometimes with just a word of warmth.

In the same fashion, the show’s writers intend to offer reassurance and hope to children who have been grappling with pandemic worries and educational disruptions. Emergencies may not end happily in real life, but they do in “Firebuds,” which leavens any anxious moments with plenty of songs — rollicking pop, Latin rhythms and hip-hop — written by Beau Black.

To make the show as much a comedy as an adventure, Gerber has also given the four-wheeled characters distinct personalities that enable them to play off one another — and the humans.

“I describe Flash as wearing his heart on his fender,” he said of Bo’s fire truck, who often has to be reminded to slow down and think first. Axl, a fast and clever little female ambulance and a feisty companion to the spirited Violet, often provides witty asides, while Piston, the police cruiser, obsesses over safety. He’s a foil for Jayden, the son of police officers, the soul of calm and the group’s standout inventor.

Trying to make the adult vehicle characters appear just as funny and authentic, Gerber wrote the role of Chief Faye Fireson, a feminine-looking hook-and-ladder truck, for the comedian Yvette Nicole Brown, a Disney stalwart and part of Gerber’s cast for the last show he created, “Elena of Avalor.”

“She’s principled, she’s kind, she’s loving, she’s fun,” Brown said of her automotive alter ego. And “she’s a great mom.” (Disney doesn’t delve into how such machines procreate, though one episode shows a postpartum adult automobile exiting a hospital with its bow-bedecked “weehicle.”)

Others lending their talents to the voice cast include Oscar Nuñez and Weird Al Yankovic, who guest stars as a dour camper van — a sort of Eeyore of the highways — named Latch.

Yankovic, who had previously voiced the title character in “Milo Murphy’s Law” for Disney, brings “this pathos to Latch that is really heartwarming,” Gerber said.

In developing a series he hoped would encourage social responsibility, Gerber wanted all these characters to reflect the diversity of the United States. (“Elena of Avalor” featured Disney’s first Latina princess.) In “Firebuds,” Bo is half Filipino and half Jewish, while Jayden is Black. Violet, who is adopted, has a Japanese and Filipino background.

Gerber said he highlighted Filipino culture in particular because he felt it was underrepresented on television. It also gave him an opportunity to create a role especially for Lou Diamond Phillips, who was born in the Philippines and came to “Firebuds” from “Elena of Avalor” as well. His role as Bo’s father, Chief Bill Bayani, allows him to portray part of his own heritage.

“I’m often surprised by some of the material when I show up to record it,” Phillips said. “One of the Christmas specials coming up is especially touching,” he noted, because it features Filipino traditions.

Such cultural references are woven throughout the series. Banzon, who is Filipino American, developed an episode in which Bo connects with his seemingly distant immigrant grandfather — based on her own — by making lumpias, or spring rolls.

She said she also liked writing dialogue for Violet’s two mothers, who are among the few lesbian couples in children’s television.

“It’s always important for me to tell stories about people of color, about the queer community, a community that I’m part of,” said Banzon, who, with her wife, is raising three small children. She said she appreciated that “Firebuds” enabled her children to see a character in a household like their own.

Young viewers with disabilities will see their lives reflected as well. Jazzy, Jayden’s sister, has spina bifida. Voiced by the actress Lauren Spencer, known as Lolo, who has amyotrophic lateral sclerosis, Jazzy drives a combination wheelchair and automobile.

“Her vehicle partner is just as fast as the other vehicles and just as fun to be in,” Gerber said.

Together, these characters inhabit a society that may be futuristic and high-tech but still reflects a central concern with how citizens should treat one another.

“First responders really are putting others’ needs before their own,” Gerber said. “And that kind of selflessness seems to be vital in this day and age. I think this is a moment where people really need to be thinking about community more often.”

Tags
Disney Fire That Who With 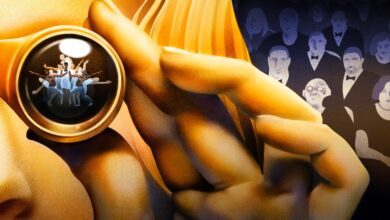 After a Long, Starring Run, Will Racism at Last Get the Hook? 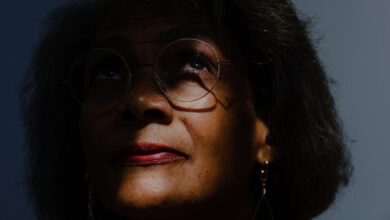 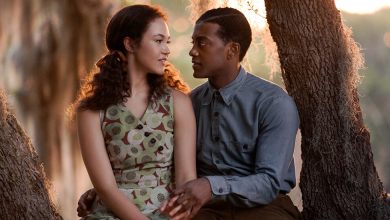 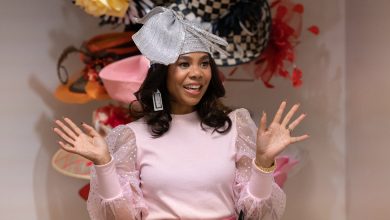