WASHINGTON — The Biden administration said on Friday that it did not expect to extend its declaration of a public health emergency for the outbreak of mpox, formerly known as monkeypox, past its scheduled expiration at the end of January, a signal that the disease no longer constitutes a crisis-level threat in the United States.

Xavier Becerra, the health and human services secretary, cited the low number of new virus cases as he announced the administration’s plans.

“We won’t take our foot off the gas — we will continue to monitor the case trends closely and encourage all at-risk individuals to get a free vaccine,” Mr. Becerra said in a statement.

While the disease has not been eradicated in the United States, the announcement on Friday served as an acknowledgment that the virus had been mostly suppressed. The Department of Health and Human Services said the administration was working toward “a durable end of mpox transmission.”

Since the country’s first case in this year’s outbreak was identified in May, nearly 30,000 cases and 19 deaths have been tallied in the United States, according to the Centers for Disease Control and Prevention. But the nation is now averaging fewer than 10 cases per day — a steep decline from the roughly 450 daily cases at the peak of the outbreak in early August.

Here’s where the president stands after the midterm elections.

Public health experts have attributed that trend to a number of factors, including higher vaccination rates, adjustments in behavior among people at high risk of acquiring the disease and the relative difficulty of contracting the virus, which is spread through close contact. The disease has spread primarily among men who have sex with men.

On Friday, administration officials credited the improved course of the outbreak in part to the White House’s mpox response coordinator, Robert Fenton, a longtime federal emergency response official, and his deputy, Dr. Demetre Daskalakis, an infectious disease expert. Among other actions, their team conducted targeted outreach to at-risk communities, including at Pride events.

Mr. Becerra declared the public health emergency in August. At the time, the federal government was scrambling to catch up to a widening outbreak caused in part by the administration’s own sluggish reaction to the early weeks of the virus’s spread in the United States. Supplies of vaccines and tests were initially constrained, and federal scientists struggled to procure data on mpox.

Gay rights activists critical of the administration had been demanding an emergency declaration for weeks before the August announcement.

In addition, the declaration freed up federal emergency funds for the response and eased the delivery of vaccines, said Lawrence O. Gostin, a health law expert at Georgetown University who has advised the administration on mpox.

Jen Kates, the director of global health and H.I.V. policy at the Kaiser Family Foundation, said the declaration also brought much-needed awareness to the outbreak.

“There’s a symbolic aspect to it,” she said. “It draws attention to it and says: This is at a serious level that deserves a national response.”

The federal health department said on Friday that the decision to let the declaration expire next year “assumes that the trajectory of the outbreak continues downward over the next two months.” But the department added that if conditions worsened, it could adjust its plans.

The shape of the federal response to mpox is unlikely to change substantially as a result of the announcement on Friday, administration officials said. After the end of the public health emergency, vaccines, tests and treatments will still be available, the health department said. The team led by Mr. Fenton and Dr. Daskalakis is expected to remain in place for now, one official said.

With the spread of mpox having slowed, public health experts said it was important for the administration to acknowledge the less dire state of the outbreak.

“So as not to dilute the value of emergencies, they have to be temporary by nature,” Mr. Gostin said, adding: “You shouldn’t have a semi-permanent state of emergency. You should recognize when it’s time to wind down.”

Still, he warned that the end of the emergency declaration still risked communicating to at-risk Americans that they did not have to be as vigilant, heightening the chances that the disease would spread more easily.

A separate declaration of a public health emergency remains in effect for the coronavirus pandemic. It was last extended in October, and the federal health department plans to extend it again in January.

Outside the stadium, a get-well message for Pelé, who is back in the hospital.

Who Will Care for ‘Kinless’ Seniors?

‘The Best Tool We Have’ for Self-Harming and Suicidal Teens 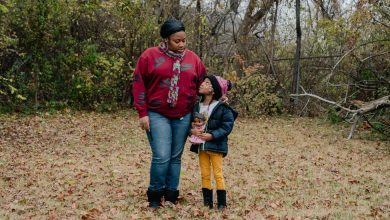 Their Mothers Were Teenagers. They Didn’t Want That for Themselves. 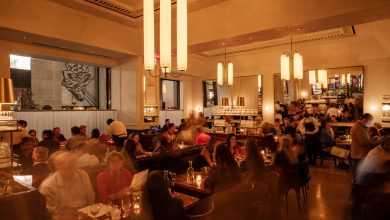 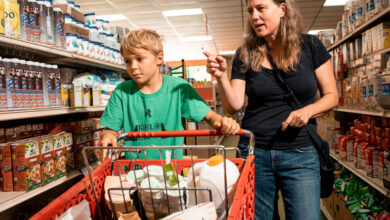