RIO DE JANEIRO — For months, officials in Brazil and across the international community have watched President Jair Bolsonaro cast doubt on Brazil’s voting systems, growing increasingly worried that the far-right leader was setting the stage to dispute an election loss.

Late Wednesday, the president gave them more reason to worry. In a surprise move less than four days before the vote, Mr. Bolsonaro’s political party released a document that claimed, without evidence, that a group of government employees and contractors had the “absolute power to manipulate election results without leaving a trace.”

It was among the most significant attacks yet against Brazil’s election system. The party said that it reached its conclusion based on an audit of the election system it commissioned in July, and that it was releasing the information now because election officials had not sufficiently responded.

Brazil’s electoral authority immediately responded on Wednesday. The document’s conclusions “are false and dishonest, with no backing in reality” and are “a clear attempt to hinder and disrupt the natural course of the electoral process,” the agency said in a statement. The Supreme Court said it was now investigating the president’s party for releasing the document.

The document delivered a jolt to the presidential race that already had the nation on edge. The attempt to discredit the voting systems just days before the election heightened fears that, in the face of worsening poll numbers, Mr. Bolsonaro was preparing to challenge the results of Sunday’s vote.

“They released the report right now because they’re afraid they’re going to lose,” said Mauricio Santoro, a political scientist at the State University of Rio de Janeiro. “They’re trying to create some kind of excuse for Bolsonaro supporters on why.”

Mr. Bolsonaro has trailed former leftist President Luiz Inácio Lula da Silva in polls since last year. If no candidate receives 50 percent of the vote on Sunday, the top two finishers will compete in a runoff on Oct. 30. Mr. da Silva’s support has ticked up in recent weeks, and it looks increasingly likely that he could win outright on Sunday. Mr. Bolsonaro has claimed, without evidence, that the polls are systematically wrong.

Mr. Bolsonaro has also claimed that Brazil’s electronic voting systems are vulnerable and that Mr. da Silva’s supporters are planning to rig them to steal the election. In July, he called foreign diplomats to the presidential palace to lay out his evidence, which turned out to be years-old news about a hack that did not threaten the voting machines. He has also enlisted Brazil’s military in his fight with election officials, raising fears that the armed forces could support any effort to hold onto power.

Observers across the world have been alarmed that Mr. Bolsonaro appears to be following in the footsteps of former President Donald J. Trump. On Wednesday, the U.S. Senate unanimously passed a resolution that urged the White House to condemn Mr. Bolsonaro’s efforts to undermine the elections and reconsider its relationship with any Brazilian government that is not democratically elected.

Leaders in Brazil’s Congress, courts and armed forces have said that they would not abide by any efforts to reject voters’ will, but many say privately that they are concerned that Mr. Bolsonaro’s supporters will react violently to a loss. In July, three out of every four supporters of Mr. Bolsonaro told Brazil’s most prominent polling company that they trusted the voting machines only a “little” or not at all.

There is no evidence of past widespread fraud in the system.

On Wednesday night, news of the document quickly spread among Mr. Bolsonaro’s supporters on social media, with people sharing right-wing articles about the allegations and conspiracy theories that said it proved what Mr. Bolsonaro had been alleging. One YouTube video about it quickly attracted more than 100,000 views in just a few hours. A conservative congresswoman, Carla Zambelli, was one of the first to post the document on social media, sharing it with her 1.9 million followers on Twitter.

However, many other politicians, including Mr. Bolsonaro, did not mention it online. In its statement on Wednesday night, the electoral authority reminded elected officials and candidates that they could be impeached or prohibited from running if they shared false allegations about the voting system. That swift reaction likely prevented wider dissemination of the document among politicians.

Election officials could also revoke the registration of Mr. Bolsonaro’s conservative political party, called the Liberal Party, if it was found guilty of spreading misinformation about the voting systems, though that would only happen after the election.

The document said that the July audit found 24 flaws in the election system’s security. A rough summary of the audit, it specified just a few of those alleged flaws, including that election officials used poor cybersecurity policies, that they did not properly vet relationships with suppliers and that they did not fully protect the employees who control the machines’ computer code from “irresistible coercion.”

Election officials’ delay in fixing those alleged security gaps “could result in internal or external breaches of the electoral systems, with a serious impact on the October election results,” the document said.

“Some points are old complaints,” said Diego Aranha, a Brazilian computer scientist who has studied the election system. “Others are completely fabricated.”

Marcos Simplicio, a researcher at the University of São Paulo who tests Brazil’s voting machines, said the document made gross exaggerations about the risks to the system.

He said that like most computer systems, there is a group of engineers that controls the code that underpin the voting machines, but there are multiple security checks to prevent that code from being surreptitiously altered. There are also tests to ensure that the machines are counting votes properly on Election Day.

Even if there was a conspiracy to change the code before the election, Mr. Simplicio said, it would likely require a sophisticated, coordinated effort by a group of engineers to pull off.

“It’s really hard to keep a secret this big between two people,” he said. “Imagine 20.”

Maris Would Be ‘Tickled to Death’ to Be Matched by Judge 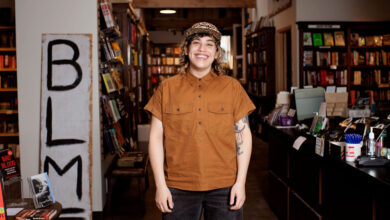 Choose Your Own Literary Adventure 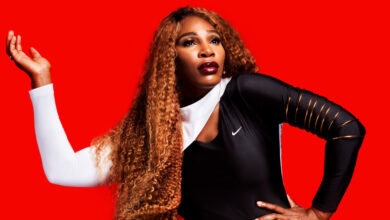 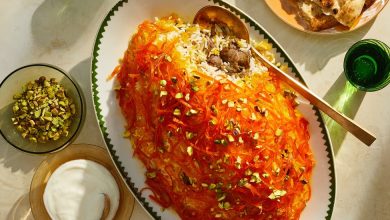 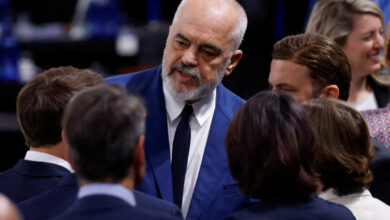 Albania says it arrested Russians and a Ukrainian suspected of spying on a weapons factory.