LONDON — As news of the death of Queen Elizabeth II reverberated through the world, a headline over the weekend puzzled many on social media: The Daily Mail’s exclusive that the “royal beekeeper has informed the Queen’s bees that the Queen has died.”

Did bees need to be told about human affairs? Would they have any sort of opinion on the matter?

But some beekeepers, backed by folklore historians, say “telling the bees” is a standard practice that goes back centuries, with potentially grave consequences if not followed.

“Der Bienenfreund” (“The Bee Friend”), an 1863 painting by the German artist Hans Thoma. “Telling the bees” is a custom practiced in Britain and other parts of Europe.

“It’s a very old and well-established tradition, but not something that’s very well-known,” said Mark Norman, a folklorist and the author of “Telling the Bees and Other Customs: The Folklore of Rural Crafts.”

The tradition holds that bees, as members of the family, should be informed of major life events in the family, especially births and deaths. Beekeepers would knock on each hive, deliver the news and possibly cover the hive with a black cloth during a mourning period. The practice is more commonly known in Britain but is also found in the United States and other parts of Europe, Mr. Norman said.

Bee hives feature in “The Widow,” an 1895 painting by the British artist Charles Napier Hemy.

In the 18th and 19th centuries, it was believed that neglecting to tell the bees could lead to various misfortunes, including their death or departure, or a failure to make honey. Nowadays, beekeepers may be less likely to believe they risk bad luck, but they may continue to follow the tradition as “a mark of respect,” Mr. Norman said.

Stephen Fleming, a beekeeper for 25 years and the co-editor of BeeCraft, a magazine for British beekeepers, said he once performed the tradition after a friend died. He went to the friend’s bees, quietly knocked on the hives and told them the news, he said.

“It was just something I thought my friend would have enjoyed,” he added.

An illustration of telling the bees circa 1882.

After BeeCraft published an article about telling the bees in 2019, several people wrote in with their own stories of doing the task. One reader, addressing someone else’s bees, spoke in rhyme to tell them their master had died: “Honeybees, honeybees, hear what I say. Your master [name] has now passed away.”

John Chapple, the beekeeper at Buckingham Palace, declined to comment. The Daily Mail reported that he had placed black ribbons tied into bows on the hives before telling them in hushed tones that the queen had died and that they would have a new master.

Mr. Fleming said most beekeepers would most likely be aware of the tradition, but not as many would practice it.

“It’s generally thought to be a good and nice thing to do,” he said.

The Exhibit ‘Food in New York’ Comes to New York

Who Wears the Skirts in the Family? 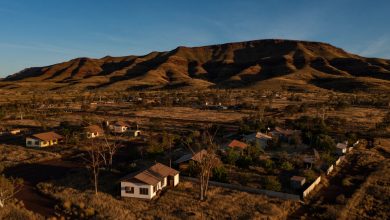 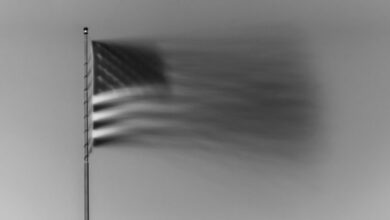 How a Storied Phrase Became a Partisan Battleground 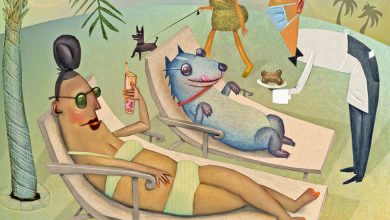 How to Take Your Pet Along for the Ride (or Flight) 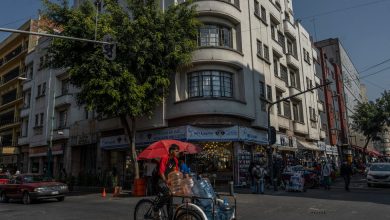