A Manhattan state court judge on Friday declined to throw out the criminal case against Donald J. Trump’s family business and its longtime chief financial officer, Allen H. Weisselberg, clearing the way for a trial in the case scheduled for the fall.

Mr. Weisselberg and the business, the Trump Organization, were charged last year by the Manhattan district attorney’s office with having engaged in a 15-year scheme in which executives were compensated with hidden benefits so that they could evade taxes. The charges stemmed from the office’s long-running investigation into the company’s business practices.

In February, Mr. Weisselberg and the company filed motions to dismiss the charges, arguing that the case was politically motivated and that the defendants were charged only because of their link with former president Donald J. Trump.

The decision of the judge, Juan Merchan, grants a significant victory to the Manhattan district attorney, Alvin L. Bragg. His prosecutors argued in May, in response to the motion to dismiss, that there was nothing extraordinary about the charges: Mr. Weisselberg had violated the law in failing to pay his taxes and was being prosecuted for it, they said.

Justice Merchan dismissed one count of criminal tax fraud against the Trump Organization and its affiliated payroll company, letting stand 14 of the 15 counts in the indictment against the business and all of the counts against Mr. Weisselberg.

Numerous inquiries. Since Donald J. Trump left office, the former president has been facing several different civil and criminal investigations across the country into his business dealings and political activities. Here is a look at some notable cases:

Classified documents inquiry. The F.B.I. search of Mr. Trump’s Florida home appears to be related to a Justice Department investigation into his handling of classified materials. The inquiry is focused on the discovery by the National Archives that Mr. Trump had taken 15 boxes of documents from the White House to Mar-a-Lago when he left office.

Jan. 6 investigations. In a series of public hearings, the House select committee investigating the Jan. 6 attack laid out a powerful account of Mr. Trump’s efforts to overturn the 2020 election. This evidence could allow federal prosecutors, who are conducting a parallel criminal investigation, to indict Mr. Trump.

Georgia election interference case. Mr. Trump himself is under scrutiny in Georgia, where the district attorney of Fulton County has been investigating whether he and others criminally interfered with the 2020 election in the state. This case could pose the most immediate legal peril for the former president and his associates.

Manhattan criminal case. The Manhattan district attorney’s office has been investigating whether Mr. Trump or his family business, the Trump Organization, intentionally submitted false property values to potential lenders. But the inquiry faded from view after signs emerged that Mr. Trump will not be indicted.

New York State civil inquiry. The New York attorney general’s office is conducting its own civil inquiry into some of the same conduct as the Manhattan district attorney’s investigation. The case is focused on whether Mr. Trump’s statements about the value of his assets were part of a pattern of fraud or were simply Trumpian showmanship.

“Over the course of the period charged in the indictment, Weisselberg evaded payment of taxes on a total of $1.7 million in income,” they wrote in a memo filed with the court. “Such illegal conduct is regularly prosecuted and this office would have been remiss not to have done so here.”

The Manhattan district attorney’s office has been investigating Mr. Trump and his company since 2018, and Mr. Weisselberg became a focus for investigators at the district attorney’s office in the spring of 2021, just a month after the U.S. Supreme Court rejected a final effort from Mr. Trump to block the office from obtaining his tax returns. The justices’ decision ended a lengthy legal battle that significantly delayed the investigation’s progress.

Under the supervision of the then-district attorney, Cyrus R. Vance Jr., the prosecutors had been examining whether Mr. Trump and his company fraudulently inflated the value of his real estate to obtain loans and benefits.

But after obtaining Mr. Trump’s tax records, the prosecutors’ inquiries into Mr. Weisselberg began to focus on perks he had received from the company, including several leased Mercedes-Benzes, a rent-free apartment and private school tuition for his grandchildren. Mr. Weisselberg, prosecutors said when they charged him last July, failed to pay taxes on those perks.

Before Mr. Weisselberg was charged, prosecutors put significant pressure on him to cooperate with their investigation into Mr. Trump because of his in-depth understanding of the Trump Organization’s inner workings.

But Mr. Weisselberg did not strike a deal, leading to his indictment. Since then, the Trump Organization has stripped him of his C.F.O. title, though he continues to work at the company.

The indictment described a scheme coordinated by senior executives at the Trump Organization to underreport their income by accepting benefits that were not listed on tax documents.

Even without Mr. Weisselberg’s cooperation, the prosecutors continued to build a case against Mr. Trump, focusing on whether he falsely inflated the value of his hotels, golf clubs and other assets.

In December, only weeks before he was set to leave office, Mr. Vance directed prosecutors to begin presenting evidence to a grand jury, laying the groundwork for a potential indictment of Mr. Trump.

Mr. Vance had decided not to run for re-election and his successor, Mr. Bragg, was sworn in on Jan. 1. At first, the new district attorney allowed prosecutors to continue with their presentation before the grand jury. But after holding a series of meetings about the investigation, he grew concerned about the challenge of showing that Mr. Trump intended to break the law, a requirement for proving the charge under consideration.

Soon afterward, the two senior prosecutors who had been leading the investigation, Carey Dunne and Mark F. Pomerantz, resigned. In Mr. Pomerantz’s resignation letter, which was obtained by The New York Times, he said that Mr. Trump had been “guilty of numerous felony violations” and that it was “a grave failure of justice” not to hold him accountable.

Mr. Bragg has since defended the investigation and said that it continues, though the direction it has taken is unclear.

Tags
Company Criminal Had Office That

The Composer Who Turns Hayao Miyazaki’s Humane Touch Into Music 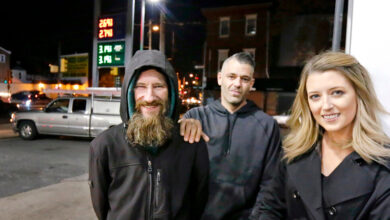 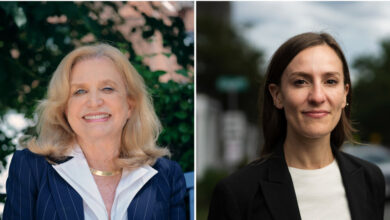 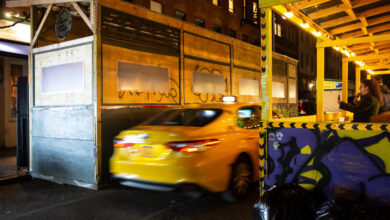 There Are Good Dining Sheds and Bad Ones, Adams Says