Good morning. It’s Wednesday. We’ll find out why a block in Crown Heights is Brooklyn’s greenest. And, how much has inflation driven up food prices in New York? Scroll down for a sample of New York staples that cost more. 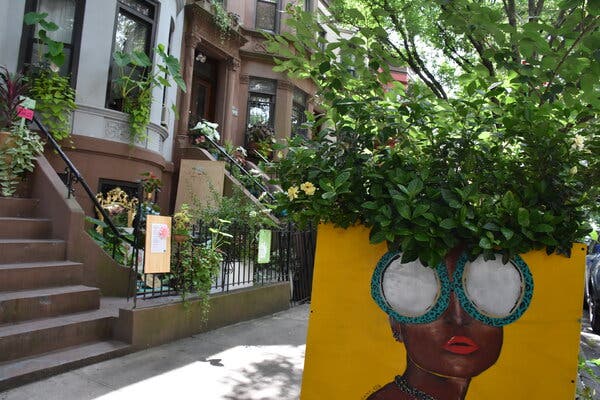 It’s not the longest, the widest, the fanciest or the meanest. But Lincoln Place between Nostrand and New York Avenues is the greenest block in Brooklyn.

The garden will announce today that Lincoln Place is the winner of an annual contest started in the 1990s to spur urban gardening. The contest was canceled because of the pandemic in 2020, and last year, the garden ran only a competition for window-box gardeners. It brought back the block contest this year, received 100 entries from 27 neighborhoods and winnowed them to 11 finalists.

In-person visits from the judges followed. They had their criteria, which included the variety and suitability of the plants on each block, the caliber of the gardening and the level of community participation. “It can’t just be a couple of stoops,” said Adrian Benepe, the president of the garden and one of the judges.

“On each block I thought, ‘Surely this is the best block,’ until we got to Lincoln Place and — oh, my,” recalled Benepe, who took photographs along the way, including the one above.

“There are plants everywhere you look,” he said, adding that he was especially impressed by hanging baskets made from recycled materials.

The word on the block was persistence. Perri Edwards, one of the gardeners, said that she and her next-door neighbor, Althea Joseph, “got really serious” about the contest in 2017 after Joseph won third place in the window-box competition. They started an ad hoc group called Plant — Preserving Lincoln’s Abundant Natural Treasures — and won as the greenest block in the residential category in 2019.

And Edwards, who has lived on the block for 35 years, sharpened her skills by attending workshops at the garden.

“The first workshop I went to, everything I was doing for my tree was wrong,” Edwards said. “We had put a metal enclosure around the tree — cars used to hit it trying to park, but the tree outgrew that. We put in soil. That was wrong. Apparently the soil holds the moisture and rots the bottom of the tree, and that’s what makes trees fall over. And there was ivy growing up the tree. That was wrong. They said that was a ladder for rats.”

By the time the judges came around this year, Lincoln Place had a butterfly bush, elephant ears, gardenias, roses, a rose of Sharon and many other plants. “We have one that we love but it’s like a weed,” Joseph said. “Creeping Charlie. It’s beautiful. And we also have Creeping Jenny.” (Creeping Charlie is a variety of ivy, while creeping Jenny is a brightly colorful perennial.)

Edwards said climate change was one reason people on the block were willing to get involved in urban gardening. “It’s really noticeable on our block that the temperature is much cooler,” Edwards said. “People walk down our block and mention that. It’s the trees. If everybody did this, it would make a difference.”

Expect a chance of showers and thunderstorms in the afternoon and again in the evening. During the day, it’s partly sunny with temperatures in the mid-80s. At night, temps will drop to the mid-70s.

In effect until Monday (Feast of the Assumption).

Living in the city

Inflation and the $1.50 cup of coffee

“It’s all expensive no matter what I do,” said Mychal Lopez, who spent $30.48 on his meal at a Taiwanese cafe in East Williamsburg, Brooklyn.Credit…Hilary Swift for The New York Times

In May, food prices in the New York City area rose at their fastest annual pace in 41 years, according to the Bureau of Labor Statistics. The increase slowed in June, the most recent inflation report showed, but food prices were still 9.1 percent higher than a year earlier in New York. Here’s the one bright spot, though it’s hard to call it that: The increase in New York was slightly less than the nationwide jump of 10.4 percent.

So New York staples like the ice cream cones at Mister Softee trucks cost more. So do bacon, egg and cheese sandwiches at bodegas.

My colleague Nicole Hong found a bakery in the East Village where a scoop of strawberry ice cream costs $3.75, up 25 cents from last summer, and a tiramisù is $7, up 50 cents from a year ago. And there are the $19 chips with guacamole at a bar near Times Square that added $1.25 to the price after avocado prices skyrocketed. The bar also raised prices of drinks like its neon blue gin and vodka cocktail to $20 after months of debate among the managers.

Many restaurants and bars that survived the pandemic resisted raising prices last year, afraid of driving away customers who remained wary of eating out as virus variants surged. Now many businesses are increasing workers’ pay to fill jobs amid soaring food and energy costs.

And people like Ali Apdelwyhap, who runs a street cart in Queens, raise prices. A cup of coffee was $1.50, from $1, on a recent Monday morning. He was hesitant to go beyond 50 cents, worried that his regulars — who include a large number of construction workers — would desert him.

Before the pandemic, Apdelwyhap had a spot in Midtown, where lawyers and bankers seemed less sensitive to price increases. But with most office workers no longer commuting five days a week, his business sagged. He moved to the northeastern waterfront in Queens after noticing construction sites nearby, hoping for customers who had to be on the job in person.

One of them, buying the $1.50 coffee and a $3.50 everything bagel, was Mamadu Jalloh, who works at a nonprofit organization that helps formerly homeless adults. Jalloh, who lives in the South Bronx, drives in five days a week. He said that food and gas prices have strained his budget, so much so that he sometimes skips breakfast or lunch to make his $700-a-month rent.

His hourly wage recently increased by 5.4 percent, to $25.95 from $24.62, as part of a citywide cost-of-living adjustment for certain nonprofit workers. But Jalloh said that did little to defray the impact of inflation. “It’s helping,” he said, “but it’s not really helping.”

I was in the midst of my weekly Gowanus-to-Washington Heights trip on the A. Sometimes, I call an Uber to avoid the 90-minute train ride home. But on this day, I couldn’t justify the cost.

At 42nd Street, a small woman stepped into the subway car and sat next to me. She had the Playbill for “A Strange Loop.”

I had recently seen the show, and this woman appeared to be just as captivated by it as I had been. I asked her what she thought of the show, and out spilled a flood of thoughts.

Before we had a chance to introduce ourselves, the conductor announced that we had to find a new train: This A would only be running to West 145th.

“Where are you headed?” I asked

It turned out we lived on the same side of the same street and only two buildings apart.

We climbed the stairs out of the subway and waited for the driver to arrive.

Science Is Still in a Race Against the Coronavirus

Why Isn’t Biden Ever on TV? 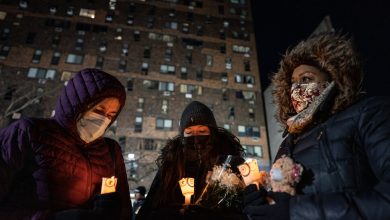 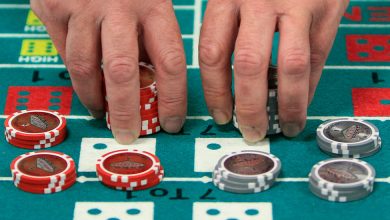 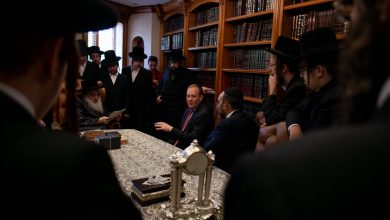 Zeldin Has a Path to Becoming Governor. It Runs Through Brooklyn. 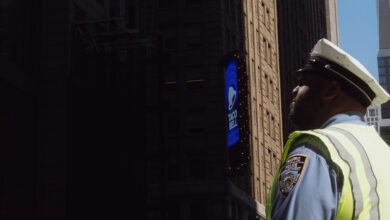 Wait … Is This Times Square?