This article is part of the Debatable newsletter. You can sign up here to receive it on Wednesdays.

When Russia invaded Ukraine in February, many observers expected that Russia’s military would make quick work of President Vladimir Putin’s mission: ​​to capture the country’s capital, Kyiv, depose its democratically elected government and restore Ukraine to Moscow’s control. But nearly six months later, after Russian forces failed to take Kyiv, the war has evolved into one of attrition, grinding on with no end on the immediate horizon.

President Volodymyr Zelensky of Ukraine continues to project an air of cautious optimism about the conflict’s trajectory. In June he told world leaders that he wanted the war to end before 2023, adding that he would “only negotiate from a position of strength.”

What are the prospects that the war will end on such a short timetable, and what paths might its resolution take? Here’s what people are saying.

Both sides have suffered immense casualties and resource strain. As many as 80,000 Russian troops have been killed or wounded since the invasion began, according to a Pentagon estimate, surpassing the number of U.S. military casualties during the Afghanistan and Iraq wars combined. The Russian military also appears to be running low on manpower and equipment.

On the Ukrainian side, recent official estimates of military deaths have ranged widely, from 100 to 1,000 per day. More than 12,000 civilians have been killed or wounded, according to a United Nations estimate, though the actual figures are believed to be far higher. Last month Zelensky asked U.S. lawmakers for more and better weapons and has even asked the Biden administration to deploy U.S. military personnel in Kyiv, the Washington Post columnist Josh Rogin reported. In mid-July, Zelensky fired two top law enforcement officials, raising questions about dysfunction or corruption in his administration.

Because Ukraine and Russia are major producers of wheat, corn and barley, the conflict has exacerbated a global food crisis. In a breakthrough last month, Russia and Ukraine signed an agreement to release grain stuck in Ukraine’s Black Sea ports. But the shift may do little in the short term to help most of the 50 million people in 45 countries who are teetering on the brink of famine because of other wars, the coronavirus pandemic and extreme weather made worse by climate change, The Times’s Declan Walsh reported.

How the war could end sooner rather than later

The quickest and least bloody path to ending the conflict runs through a settlement negotiated by both sides. At the moment, though, that path seems firmly closed off. Last month, Russia’s foreign minister, Sergey Lavrov, said that Russia was determined to “get rid” of Ukraine’s “unacceptable regime,” suggesting that Moscow’s war aims remained unchanged. Likewise, the Ukrainian government still has no intention of ceding territory it has lost to Russian forces. “This is just a question of who beats whom,” Oleksiy Danilov, the head of Ukraine’s national security council, recently told The Times.

Is there a chance Ukraine could recapture lost territory? With the recent arrival of Western-supplied long-range rocket systems, Ukrainian officials are hoping that they can, first by expelling Russian forces in the south during their anticipated counteroffensive. “The battle for Kherson, in the south of Ukraine, could be key in this new strategy,” wrote Anicée Van Engeland, a professor of international security and law at Cranfield University, in The Conversation. “It could provide the Ukrainian armed forces with a window of opportunity to begin claiming back territories where Russians are deployed — and perhaps other territories that local pro-Russian groups seek to identify as theirs.”

If the Ukrainian counteroffensive succeeds, Putin could come to deem the cost of victory too high. Russia has committed 85 percent of its volunteer army to the fighting, a U.S. Defense Department official told The Times, and is struggling to find recruits. “American officials and outside analysts both agree if Russia wants to move beyond the Donbas, they will need to take a step they have been unwilling to do: a mass mobilization,” The Times’s Julian Barnes said last month. “Russia will need to conduct a military draft, recall soldiers who previously served and take politically painful steps to rebuild their force. So far, Putin has been unwilling to do so.”

But the tide could easily turn against Ukraine. Zelensky recently told members of Congress that if Putin locks in the current front lines in the south, Ukraine will struggle to remain a viable state — and that could very well happen if the counteroffensive fails. “A failed offensive that ends in a retreat would be disaster for Ukraine, leaving it militarily weaker and more diplomatically isolated come spring,” Hal Brands, a professor at Johns Hopkins University’s School of Advanced International Studies, wrote in Bloomberg. “And if Ukraine throws too many of its resilient but battered forces into an advance in the south, it could make itself vulnerable to a renewed Russian offensive in the east.”

Alternatively, Ukraine could become a victim of its own success. If its forces encroach too far on what Russia may soon officially designate its own territory in the Donbas, Putin could retaliate by using low-yield nuclear weapons, which are designed to be used on the battlefield. “Before the end of this year, Russia will have declared areas of occupied Ukraine part of the Russian state,” Richard Barrons, a retired British general, predicted. “So should a Ukrainian offensive roll over this new self-declared border, the use of nuclear weapons to break up the attack will be on the table. This is not unthinkable — it is only unpalatable.”

On the other hand, James Stavridis, a retired U.S. admiral, maintained that Putin is unlikely to use nuclear weapons, as he has other, less risky means of terrifying Ukraine and intimidating the West: chemical weapons.

The involvement of China, one of Russia’s closest allies, is another potentially game-changing variable. In the first weeks of the invasion, U.S. officials said that Russia made appeals to Beijing for military support, whichit has so far appeared to refuse. But the recent visit by House Speaker Nancy Pelosi to Taiwan, which the Chinese government saw as a provocation, could spur a re-evaluation of its posture toward Ukraine, the Times columnist Thomas L. Friedman suggested.

A test for Ukraine’s allies

The United States has authorized $54 billion in aid to Ukraine, including, as of last week, more than $9 billion in military aid. But at some point, U.S. officials have acknowledged, the supply of Western weaponry will dwindle, and “no one expects another $54 billion check,” The Times’s Peter Baker and David E. Sanger reported last month.

Should Ukraine’s allies, including the United States, consider lending Ukraine more aid? Dmytro Kuleba, the foreign minister of Ukraine, argued that they should — not out of some abstract commitment to democracy but out of self-interest.

“Military assistance to Ukraine is not charity,” he wrote in The Times at the end of July. “It is a necessary investment in Europe’s long-term security. The Ukrainian Army will emerge out of this conflict — Europe’s largest land war since 1945 — as one of the continent’s most capable military forces. After repelling Russia’s invasion, the Ukrainian military will devote itself to safeguarding the security and stability of Europe, protecting democracy from any authoritarian encroachment.”

But some analysts believe that continuing to fund the war indefinitely in this way would constitute a dangerous escalation by proxy between great powers. To avoid the risk of a direct conflict between NATO and Russia, the United States and its allies must make an eventual cease-fire their goal, Samuel Charap and Jeremy Shapiro arguedin The Times. And in their view, the path to a cease-fire will require opening channels of communication with Russia.

“Starting talks while the fighting rages would be politically risky and would require significant diplomatic efforts, particularly with Ukraine — and success is anything but guaranteed,” they wrote. “But talking can reveal the possible space for compromise and identify a way out of the spiral.”

In The National Interest, Steven Simon and Jonathan Stevenson argued that Ukraine’s allies can push the conflict in the direction of negotiations by conditioning military aid on diplomatic engagement, which they have so far been reluctant to do. If an opportunity for dialogue arises, Kyiv’s refusal to seize it would prompt a reduction in arms transfers to Ukraine, whereas Russia’s refusal would prompt an increase.

“It is well and good for the United States and its NATO allies to keep arming Ukraine,” they wrote. “But it is also time to encourage both sides to start exploring possibilities for a political solution before escalation puts diplomacy even farther from reach.”

Do you have a point of view we missed? Email us at debatable@nytimes.com. Please note your name, age and location in your response, which may be included in the next newsletter.

Kids’ Mental Health Is a ‘National Emergency.’ Therapists Are in Short Supply.

The Politics of Persecution 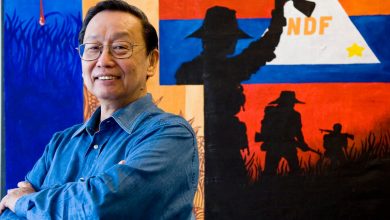 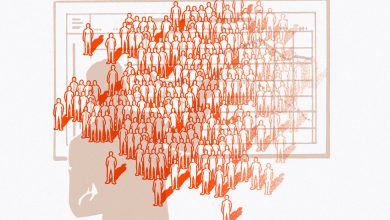 How the Coachella of Economics Can Survive Covid 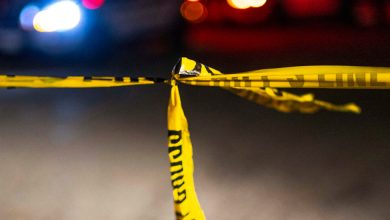 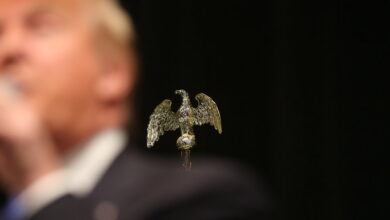 Prosecute Trump, Despite the Risks?