Life in some European cities may soon look like this: Staggered electricity outages to save energy. Temporary cuts in mobile phone and internet service. Schools closed for a lack of lighting and heat. Even traffic lights could briefly be powered down.

But as an unseasonable streak of mild weather gives way to freezing temperatures, governments are starting to brace people for the possibility of controlled power cuts in the event that energy supplies are stretched — with a wide-ranging impact on daily life.

The French government last weekstarted instructing officials around the country to plan for potential rolling electricity outages as soon as next month. Britain’s National Grid operator has warned households of possible blackouts from 4 p.m. to 7 p.m. if gas used to produce electricity runs short. Electric car owners in Finland are being advised not to heat their plugged-in vehicles on freezing mornings to avoid straining the grid.

And in Germany, the country that has been most dependent on Russian gas, people are taking no chances: Sales of candles have soared.

A few hours without power in a French cafe or in a German supermarket would be nowhere as painful as the situation being faced by people in Ukraine, where Russia’s systematic bombing of the energy grid has left millions facing a freezing winter without electricity, heat and water supplies day and night in subzero temperatures and snow.

Still, the prospect of homes, schools, businesses and even trains that rely on power and electric signals going dark, however briefly, will be Europe’s first major test of resilience as it turns away from Russian fuel.

European officials are insisting that the rationing plans are only a last resort, to prevent uncontrolled blackouts if domestic electricity production and imported power aren’t enough to keep power systems from crashing.

Power could potentially be cut to cafes, restaurants and grocery stores.Credit…Nathalie Mohadjer for The New York Times

“We’re not in a catastrophe film,” Olivier Véran, the French government spokesman, said on French television last week. “We are not announcing that cuts will happen, but if we have a particularly cold and energy-intensive winter, there could be situations of tension and we are preparing for all scenarios.”

Any scheduled power cuts in France would be telegraphed days in advance and would hit small sections of the country at different times, the government said. The cuts, which would last for two hours in the mornings or in early evening, when power use is at a high, would not apply to so-called sensitive sites, including hospitals, nursing homes, fire and police stations and prisons.

Europe has made a concerted effort since Russia’s invasion of Ukraine in February to avoid a worst-case situation by topping upnatural gas reserves and even restarting coal-fired power plants to generate electricity. A near-total embargo on Russian oil begins Monday, one of many actions the bloc has taken to deny the Kremlin revenue from fossil fuel sales and limit its ability to wage war in Ukraine.

Unseasonably warm weather during October and November allowed households and businesses to keep their furnaces turned off, helping gas stocks last longer than expected and bringing down skyrocketing gas prices.

But Europe is now facing its first major cold snap, with an Arctic air blast from Greenland expected to send temperatures plunging in coming days. Governments have already been dipping into some of the emergency gas reserves, driving European natural gas prices back up to their highest levels in six weeks.

France, once Europe’s biggest exporter of electricity thanks to its 56 nuclear power plants, is struggling to repair a series of problems that have left nearly half of its atomic fleet offline, depriving its neighbors of a vital power source. Électricité de France, or EDF, which runs France’s nuclear power plants, announced the restart last week of a mammoth reactor in northern France, although further delays are expected at other nuclear sites.

A recent report by the European Network of Transmission System Operators showed that electricity supplies in France, Sweden and Finland, among others, were at risk of outages.

All of which has prompted the flurry of not-so-subtle signals for Europeans to start hunkering down for disruptions to their electricity-enabled lives.

The German government decided to cancel plans to shut some nuclear reactors, and to fire up coal power plants in hopes of making up for the loss of Russian gas.Credit…Laetitia Vancon for The New York Times

Germany has issued advisories on what to expect in a blackout. “The telephone is dead, the heating doesn’t come on, there is no warm water, the computer goes on strike, the coffee machine stays off, there is no light,” the Office of Civil Protection and Disaster Assistance said on its website.

“You will soon notice how dependent you are on electric power,” added the agency, which translated the site into English, Turkish and Ukrainian.

The office urges households to stock up on battery-powered flashlights and candles, and even suggests camp stoves to prepare small meals. “Warm clothing can be used as a substitute for heating for a while,” the agency said, but advised households to think about installing alternative heating sources.

As in France, German officials have insisted that a power crisis is unlikely, but one “cannot be completely ruled out,” the finance ministry acknowledged. The authorities have taken no chances, with Chancellor Olaf Scholz’s government making the politically divisive decision to cancel plans to shut down the country’s last three nuclear reactors this month, and to fire up coal power plants in hopes of making up for the loss of Russian gas.

In Switzerland, which has long depended on French nuclear power for its winters, citizens have been urged to prepare for outages lasting up to several hours. The Federal Electricity Commission urged people to have enough firewood, flashlights and batteries.

Paradeplatz in Zurich. Switzerland has long depended on French nuclear power for its winters.Credit…Lea Meienberg for The New York Times

In a country where almost a third of all vehicles are electric, Fingrid is urging owners to forgo the luxury of turning on the plugged-in car’s heater to melt ice off windows in the morning, when power demand is at a peak.

“That ice can be scraped off using elbow grease,” the company said.

President Emmanuel Macron’s government in France has set up a nationwide alert system to telegraph any rolling power cuts well in advance. Three days before electricity would be shut off anywhere, officials will make a public announcement and alert people on their cellphones via an app called EcoWatt that officials have urged everyone to download.

The government would confirm the power cuts at 5 p.m. the day before they are to take place. The outages would not last more than two hours, between 8 a.m. and 1 p.m., or 6-8 p.m.

While emergency sites would continue to receive power, plenty of other places won’t. Schools would not be spared: students will be instructed to stay home on mornings when classes are canceled because of lack of heat and light, and return in the afternoon. (The internet won’t work, either, making remote schooling difficult.)

Even trains could come to a standstill for a couple of hours in affected areas, because power needed to work signals would be shut off. The government said it would warn drivers to “limit their movements as much as possible” because traffic lights could be “inoperative.”

Despite those assurances, Ms. Heydemann said, “It is illusory to imagine that we’ll be able to maintain service to all French people in the event of power cuts.”

The Crypto Industry Struggles for a Way Forward 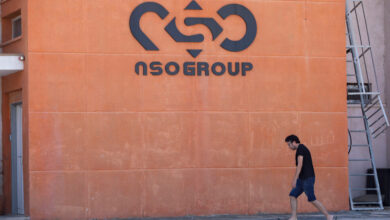 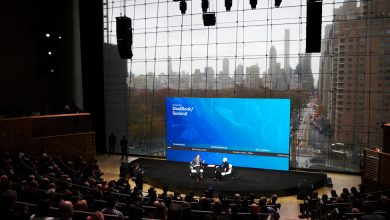 Did You Miss the DealBook Summit? 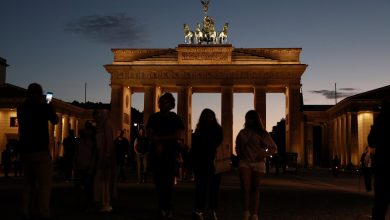 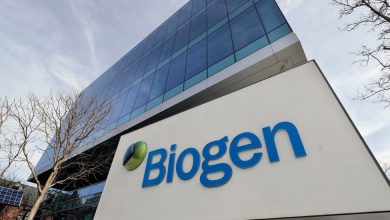